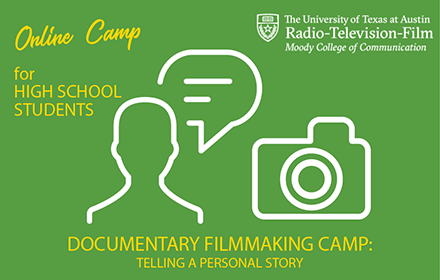 Learn to become a wildly creative and bold documentary filmmaker. This intensive workshop will focus on pushing your creativity to its edge through visual storytelling with topics ranging from inventive story structure to playful cinematography, sound design and editing tricks. Using archival footage, home videos, social media, and original cinematography, students will apply what they learn to create an immersive 3-5-minute documentary film. Each week, students will screen their work with their classmates and engage in guided discussions. Bring your sense of adventure!

Friday - 10AM–3PM, Instructors will be available on Zoom.

Week 3: Find the Story in Post; Edit for Documentary

Robert Hope is a filmmaker originally from Northern California. He trained and worked professionally as an actor in classical theater before making a shift towards documentary filmmaking. He loves to tell personal and character-driven stories about outsiders and mental health.

Robert recently completed a personal documentary about living on an ex-commune in Los Angeles.  The film premiered at the Oscar qualifying Amdocs Film fest and is set to play at Dead Center Film Festival in June. Robert also produced a queer sci-fi film set in the California redwoods, Amanda Test_1, which premiered at HBO’s Outfest and found a large online audience on the sci-fi youtube channel Dust. He's also a TikToker with over 200k followers. Robert is currently an MFA candidate in Film Production at the University of Texas at Austin.