From the 1920s to the early 1950s, radio was the most powerful and pervasive mass medium in the United States. Comedians were network radio’s most popular performers, and Jack Benny was the most successful of them all.

Recently, RTF Professor Kathryn Fuller-Seeley published the first full academic study on the comedian, Jack Benny and the Golden Age of American Radio Comedy. In this meticulously researched archival history, Fuller-Seeley contextualizes Benny’s life and career with thoughtful insights about competing and converging entertainment industries and makes a case for Benny’s relevance as an early innovator of intermedia strategies and branded entertainment. 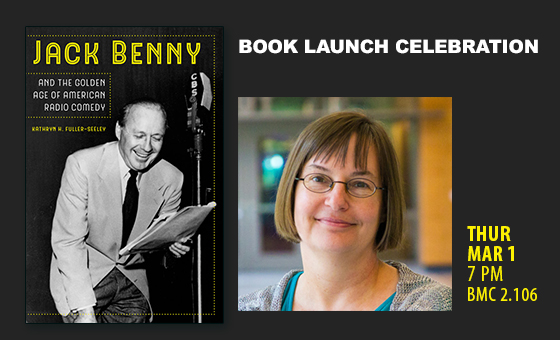 Please join the UT Department of Radio-Television-Film on Thursday, March 1st, for a book launch celebration. Fuller-Seeley will present some background on Benny and play episodes from his radio and television programs. After the presentation, we’ll have a light reception in the lobby.

To learn more about the book, read this recent Q&A with the author.