The UT Department of Radio-Television-Film is thrilled to announce the 2019 UT RTF Longhorn Denius Student Film Showcase which will screen in partnership with the SXSW Film Festival. This showcase highlights a rich diversity of recent fiction and documentary student films.

Taking place as a SXSW Community Screening the evening of Sunday, March 10, the showcase will be free and open to the public. Badge holders will be allowed in first, followed by film pass/wristband holders, after which, the public will be invited to join. Seating is limited, so get there early! More details below.

See RTF at SXSW for more information about all of the UT RTF-affiliated filmmakers involved in this year's festival. 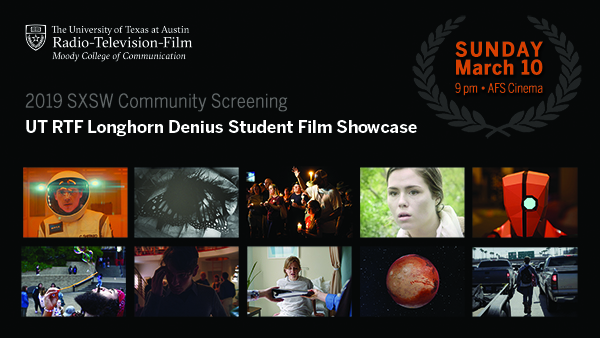 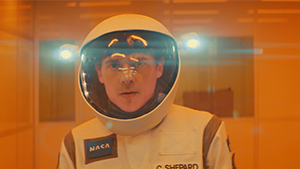 An astronaut from an interstellar colony returns to Earth to discover why they lost contact. 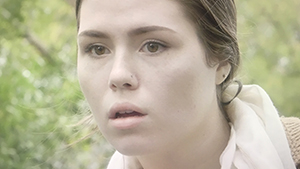 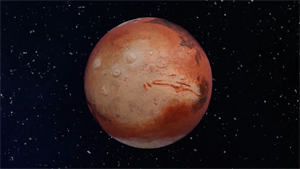 Blending stop-motion and 2-D animation, 'First Generation' follows an astronaut on the first crewed spacecraft bound for Mars as she reflects on the significance of the mission, the cosmos, and the future of humanity. 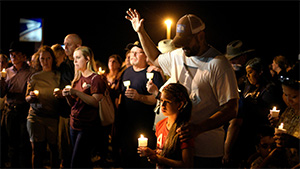 As the one-year anniversary of a mass shooting in Sutherland Springs, TX, approaches, two journalists try to reconcile their relationships to the victims with the demands of their work. 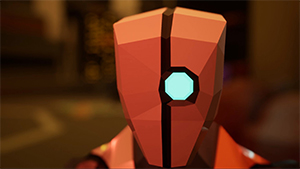 A small robot does whatever it takes to partake in a notorious fighting competition. 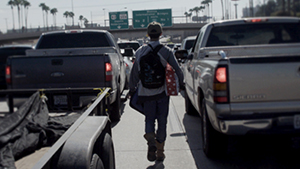 Tired of pursuing the American dream, an undocumented teenager decides to quit and head back home. 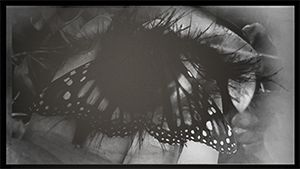 A journey through cancer. 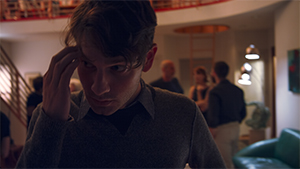 In a world where people cannot die of natural causes, Rob Jr. must navigate his father's 100th birthday party and decide whether or not he wants to carry out a grim age-old ritual. 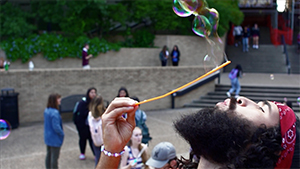 An ex-veteran who was deployed to Afghanistan as an electrician is now impacting university students' lives by blowing bubbles on campus every Monday. They call him "The Bubbleman." 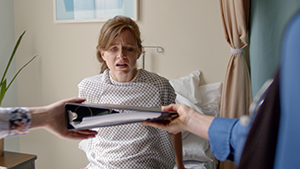 An older professor longing for motherhood must recalibrate her path to pregnancy when she realizes one of her favorite students is a potential sperm donor.

In addition to the films screening in this program, many of our faculty and alumni are involved in the festival, and three of our graduate student films, along with films by alumni, are official selections of this year's festival, all playing in this year's Texas Shorts program:

I Am Mackenzie
Director: Artemis Anastasiadou, Screenwriter: Brittany Worthington
Caught among toxic masculinity, a sequin dress and a teenage crush, a teen skater, growing up in rural Texas, will have sex for the first time in the back of their dad’s truck.

At the heart of the dynamic Austin film scene, UT RTF is the incubator of many of today’s most innovative independent and commercial media makers. Not only is UT RTF the only top-ranking university program to excel in both media production and media studies, we are also one of the most affordable among our peers. Our alumni go on to enjoy a wide range of careers, including directing, editing, producing, cinematography, special FX, game design, screenwriting, scholarship, and teaching.

Historically, RTF filmmakers have earned national and international prominence with the films included in the annual showcase.

SPECIAL THANKS TO THE SUPPORT OF:
Paul Stekler, SXSW Film Festival, Moody College of Communication, The University of Texas at Austin.