for digital compositing and virtual sets

Thanks to generous donations from William Bollinger,  Joe Phillips, Betty Taylor Cox, and Larry Safir, the University of Texas at Austin department of Radio-Telelvision-Film in the Moody College of Communication is excited to commence construction of a large green screen. Measuring more than 70′ long and 20′ high and incorporating a full 90-degree corner, the green screen will provide new opportunities for undergraduate and graduate students to incorporate digital compositing and virtual sets in their film & video productions.

Narrative filmmaking is becoming increasingly reliant on digital compositing of background images. Students have had to make due with building flats they painted green, which has problems with evenness of the green background, in addition to being wasteful because they were often discarded after use. This green screen will allow students access to state of the art production stages, where a large green cyclorama is a standard requirement. This digital green cyclorama will allow thesis level students to film multiple sets and large panoramic shots with digital background replacement. 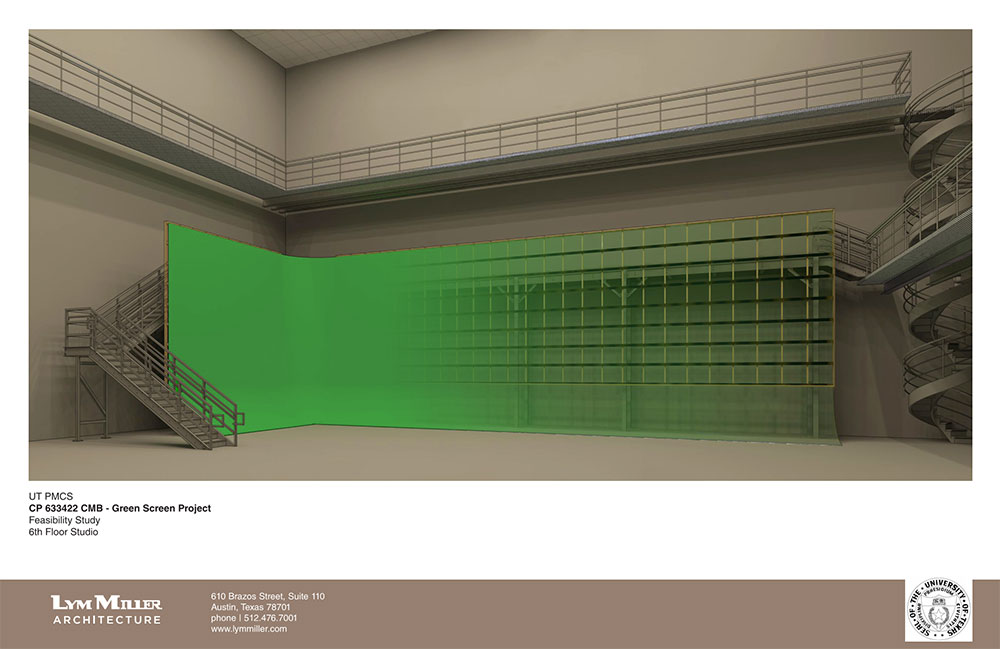 The CMB 6.112 Green Screen addition is being designed by Lym Miller Architects under supervision of UT Project Management and Construction Services.

The green screen will feature an elevated catwalk running behind its entire length to allow subject back-lighting to be installed by student gaffers as needed for productions. Front lighting for subjects as well as smooth continuous lighting for the green screen itself will be provided from the numerous motorized ceiling grids and battens in the studio. 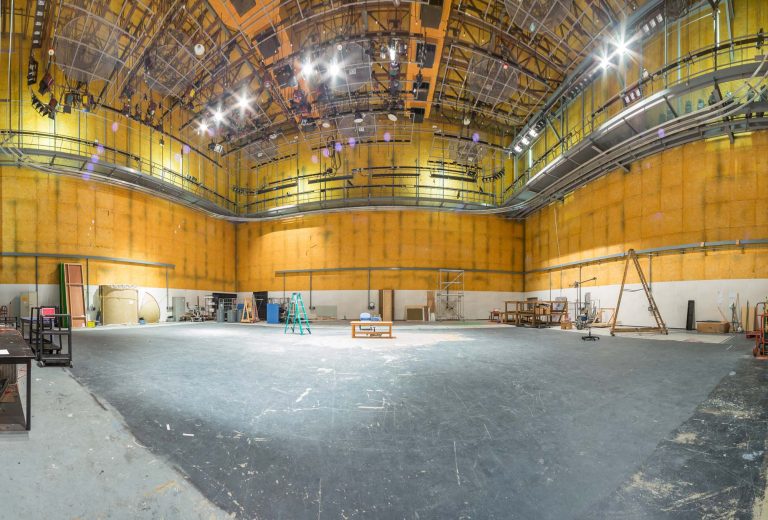