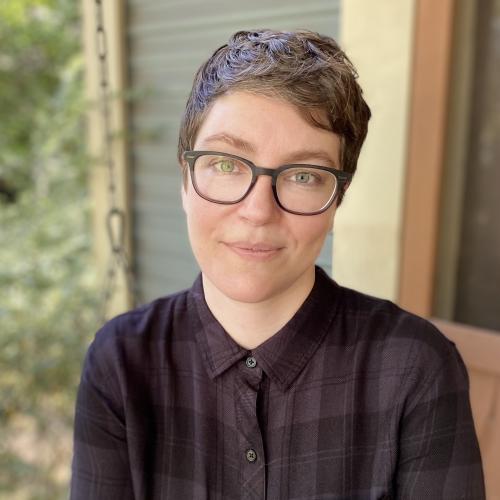 Ash Kinney d’Harcourt earned a doctorate in cognitive psychology at UT Austin and is currently a PhD candidate in Media Studies in the Radio-Television-Film department. They recently published two book chapters: one on the negotiation between cultural visibility and preservation of drag ball identities in "RuPaul’s Drag Race" and another on the queer reworking of the romantic comedy genre in the contemporary television rom-sitcom "Take My Wife." Ash’s dissertation project, “Of Men and Monsters: A Messy Anatomy of Drag Kings and Media Iconography,” investigates how the subcultural performance of drag has evolved from drag balls to digital platforms in tandem with popular US media genres and archetypes. Their research interests include feminist and LGBTQ+ media studies, screen cultures and industries, maker communities, and sub-cultural media practices.