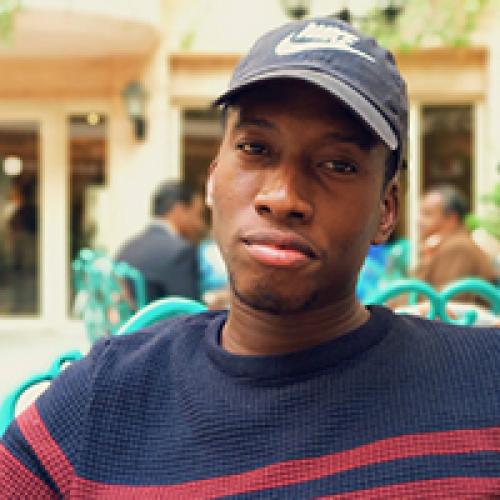 Edem is a product of prosperity gospel, imported telenovelas, hiplife music and YouTube comment sections. Born and raised in Ghana, his passion for filmmaking was sparked by a music video experiment in college. Three years later, it then led him to the world of advertising. There, he worked as a copywriter and set PA on commercials and corporate videos. His short narrative film, “Coping”, co-written with Caren Akoto-Adade, deals with schizophrenia and the challenges of mental healthcare in Ghana. It received the Human Rights Award at the Scottish Mental Health Arts Festival in Glasgow. His follow-up project was the experimental music film “Waves/The Water”, a collaboration with artist Sutra. It was exhibited at the OGU Mag Gallery in Tokyo, as well as venues in London, San Francisco and Yaoundé. His work so far explores the effects of spirituality on the mind, parent-child dynamics, class relations and identity. He is drawn to marginalized characters because, to quote Djibril Diop Mambéty, "they do more for the evolution of a community than the conformists". He believes that vulnerability and community are an artist’s greatest assets. He hopes to gain insight into the immigrant experience (in leaving his lifelong home, Accra), and to share African stories, in all their nuance and complexity, with the world.