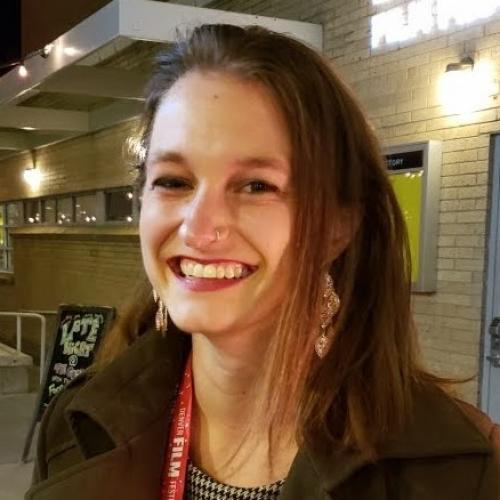 Originally from Colorado, Hannah graduated from the University of Colorado Boulder in 2017 with degrees in Film and English with a focus on Creative Writing, as well as a minor in Business. In her undergraduate thesis, Hannah researched the impact of the evolving distribution model of streaming services on the representation of historically underrepresented demographics in front of and behind the camera of streaming original media. After graduation, Hannah spent four years with Denver Film as the Manager of Grants and Fiscal Sponsorship, where she worked on projects like the Denver Film Festival and Film on the Rocks before moving to Austin to begin her MA in 2021. Hannah’s research focuses on identity and representation, particularly as it intersects with the economic realities of distribution and exhibition. In her free time, Hannah enjoys Dungeons & Dragons, reading Agatha Christie, and being the slowest runner at every race.