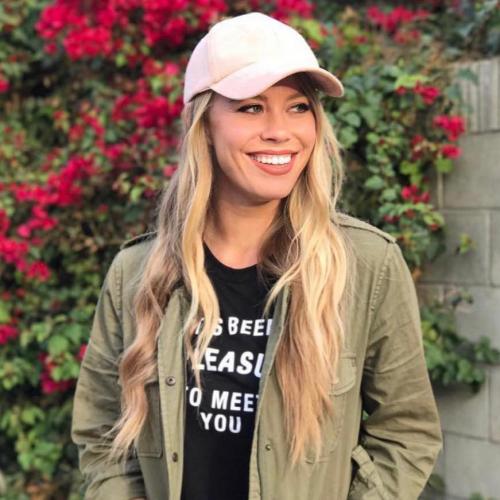 After graduating from the Second City Hollywood Conservatory, she realized her love for writing, and began writing, producing, and acting in her own projects. She is so excited to spend the next two years in the MFA Screenwriting program, improving her craft and learning about this side of the industry. Her ultimate goals are to write on ensemble comedy shows, as well as create, write, and act in her own projects.

Some fun acting credits include: Jimmy Kimmel Live!, The Late Late Show with James Corden, Bernie, several Investigation Discovery murder-reenactment shows (yay fake blood), and many nonsensical shows on the Second City stage. She once tore her meniscus testing a flight harness for Jennifer Aniston. "Better me than her!"