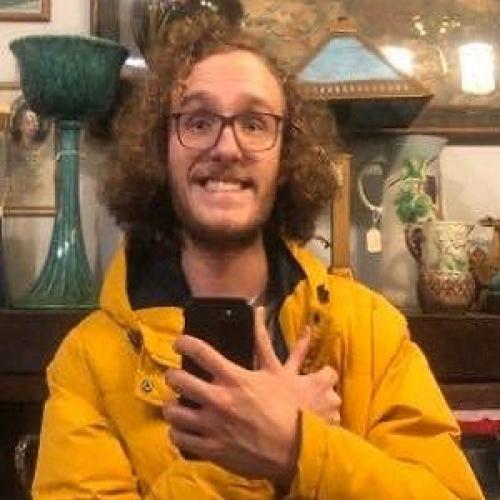 Justin Moritz is a queer writer of screenplays and short fiction from Fort Collins, Colorado. Despite graduating with a BA in Chemistry from the University of Colorado-Boulder, he doesn't actually write science fiction (but would happily give it a shot for a paycheck). Instead he finds himself drawn to the macabre, choosing to write genre-bending, character-focused works that fall somewhere between the uncanny nightmares of the horror genre and the grounded, real world terror of the crime genre. During his time at UT, he hopes to expand his repertoire beyond the small cast, limited location scripts he is naturally drawn to and write several scripts featuring ensembles that challenge him to approach queer stories in ways he hasn't before. His debut short story, Claustrophobia Americana, is featured in Sci-Fi & Scary's Twisted Anatomy anthology.