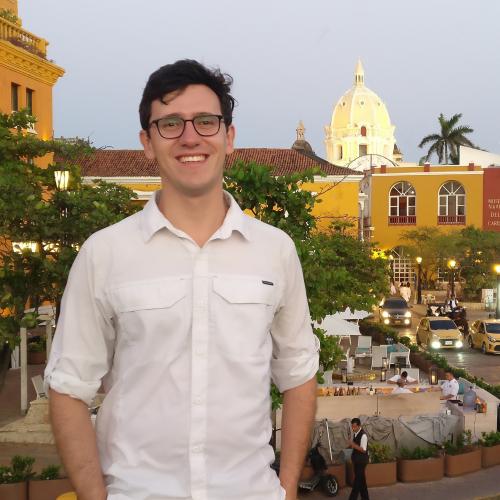 Sebastián is an Ecuadorian-Colombian filmmaker who loves light, riding his bike, and petting any dog he meets. Sebastián’s draw to storytelling comes from his life spent immersed in various languages and countries. He spent his childhood growing up in Brazil, Colombia, and Ecuador; he went to university in Mexico; and he is now pursuing his MFA at the University of Texas at Austin. Now that Sebastián is living for the first time outside of Latin America, he is incorporating his heritage and voice into his filmmaking by exploring the relationship between magical realism and hardship – a topic that was originally pioneered by some of his heroes such as Gabriel Garcia Marquez. Sebastián is particularly interested in characters who display a quiet resilience, a long-term grit, even in the face of insurmountable tragedy. His works seek to de-dramatize adversity as he investigates what allows survivors to endure. In this way, he hopes to familiarize his audience with struggle to incite global change.