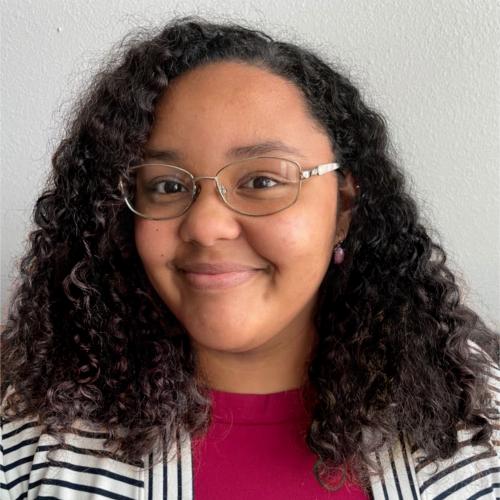 Sidney Garner is a Black, White, and Paiute Native American woman from Louisville, Kentucky. She graduated in 2021 with BAs in Pan-African Studies and Women's, Gender & Sexuality Studies. She is a 2020 MURAP Scholar whose project focused on the relationship between comedy and race in recent buddy cop films. She has also researched police propaganda through the sitcom "Brooklyn Nine-Nine" to determine how comedy is used to portray the morality of police. She is pursuing an MA in Media Studies with interests in the representations of race, gender, and sexuality. Additionally, she is interested in fan studies and the workings of contemporary fandom, especially in its conceptualization of identity. She enjoys all things creative with fondness for drawing, painting, and attempting to crochet. She is always reading at least two books and watching at least three shows with pauses for rewatching nostalgic movies.