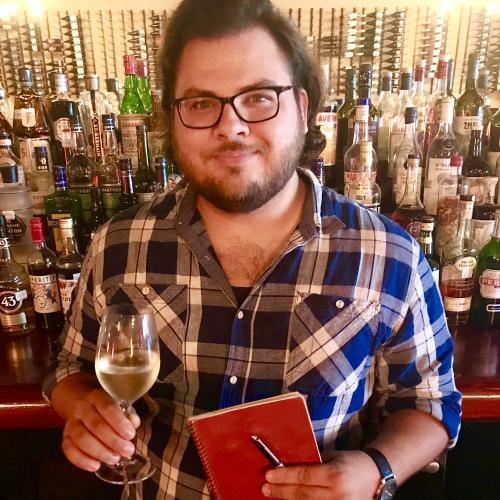 Tom is a native Texan, born in Corpus Christi and raised (mostly) in Katy, a small-town suburb of Houston. After a long and winding road, including a decade-long career as a sommelier in several James Beard-nominated restaurants, he completed his B.A. in Creative Writing at the University of Houston in 2017. Ever since, it’s been writing or bust.

His one-hour drama pilot Expatriados recently placed in ScreenCraft Drama and TV Pilot competitions, the INROADS Screenwriting Fellowship & Write/LA, and his spec script for The Handmaid’s Tale, “Amnesty”, made the Second Round at AFF 2020. He’s previously worked for Gulf Coast, Cine Las Americas, the Austin Film Festival, several literary journals, and the Austin Film Society writing for their blog, Viewfinders. He is currently on staff at Detour Filmproduction under writer/director Richard Linklater, and will be attending Oxford University this summer for a graduate writing intensive in Crime Fiction and Poetry.

He’s incredibly proud to be an MFA Screenwriter at UT Austin, and is overjoyed every day to craft stories with enthusiastic colleagues – though he’ll always miss that first sip of something cold after a long night in the weeds.