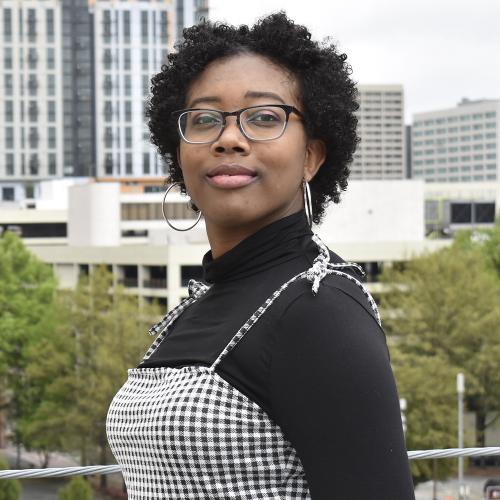 Wy’Kia Frelot is a writer from Atlanta, Georgia. She recently earned her bachelor’s degree in film and media at Georgia State University. While being in the heart of Atlanta, she co-founded a production company with friends and worked on multiple union productions. Her script, "Again," was recognized as a semi-finalist at the Southeast Regional Film Festival. She also has a YoutTube channel where she posts videos about film theory and the businesses of Hollywood. As a queer black woman, she recognizes the importance of diversity and tries to imbue that with everything she makes. From cooking shows to video essays, or from short films to tiktoks—her goal is to make underrepresented perspectives more heard. When not writing or watching movies, she could be reading from her exorbitantly long TBR list, or spending time with her cat (who is super adorable).