Topics of discussion during this Q&A session included Brian Edwards' career trajectory from his graduation from UT-Austin to his time as an entertainment attorney. We discussed his current work producing both unscripted (Survivor, Shark Tank) and scripted (History Channel mini-series The Bible, the forthcoming feature Ben-Hur) content across a variety of platforms in his role as Chief Operating Officer for Hearst/Mark Burnett joint venture, One Three Media. 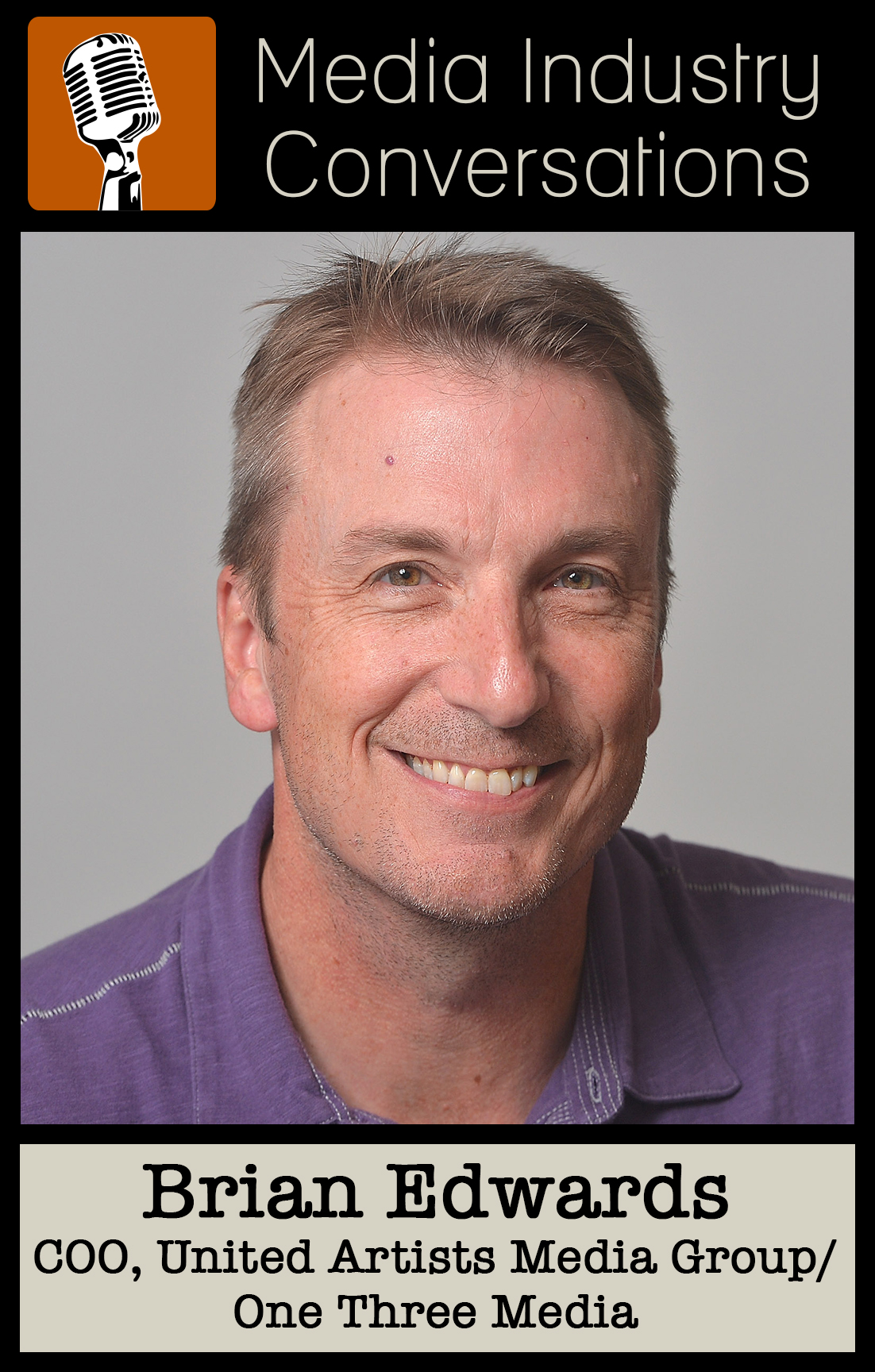 Brian is the Chief Operating Officer of United Artists Media Group.  UAMG was formed in 2014 when Brian conceived and led a transaction to combine the entertainment assets of Mark Burnett, Roma Downey, their LightWorkers Media brand, and One Three Media (Burnett’s partnership with Hearst Corporation).  MGM acquired 55% of the combined entity, which was then launched as UAMG.

UAMG is a highly diverse media company which produces content ranging from network scripted and unscripted series to awards shows to television commercials and other branded content. UAMG’s current hit series include "Survivor" (CBS), “The Voice” (NBC), "Celebrity Apprentice" (NBC) and “Shark Tank” (ABC) and “Beyond the Tank” (ABC).  UAMG’s recent series include “A.D.: The Bible Continues” (NBC), “The Dovekeepers” (CBS), “Are You Smarter Than a 5th Grader?” (Fox), “Answered Prayers” (TLC), “America’s Next Weatherman” (TBS) and “500 Questions” (ABC).  UAMG also have several feature films in the works, including the upcoming “Ben Hur”, which Burnett and Downey are producing for MGM and Paramount.

Brian began his career as an attorney at the law firm of Greenberg Glusker in Los Angeles, where he was a partner specializing in entertainment litigation for clients who included Jeffrey Katzenberg, Francis Ford Coppola, Aaron Spelling and George Harrison. He joined DreamWorks in 1999, holding several positions at the studio during his tenure there. He joined as the head of legal affairs and, when the animation company was spun off in 2004, became the general counsel of privately-held DreamWorks LLC, reporting to the company’s owners Steven Spielberg, Jeffrey Katzenberg and David Geffen. When the studio was sold to Viacom in 2006, Brian became its chief operating officer as well as general counsel. He left in DreamWorks 2007 to form an independently-financed production company, Overnight Productions; Overnight produced feature films that included "The Lucky Ones" (Rachel McAdams, Tim Robbins), "Labor Pains" (Lindsey Lohan), and "13" (Jason Statham, Mickey Rourke).

After Brian joined Burnett in 2009, he led the formation of Burnett’s One Three Media joint venture with Hearst, and also led the acquisition of VIMBY, Burnett’s digital production arm.  Later, Brian worked closely with Burnett and Downey on the acclaimed 2013 mini-series “The Bible” (History), on which he is credited as executive in charge of production.