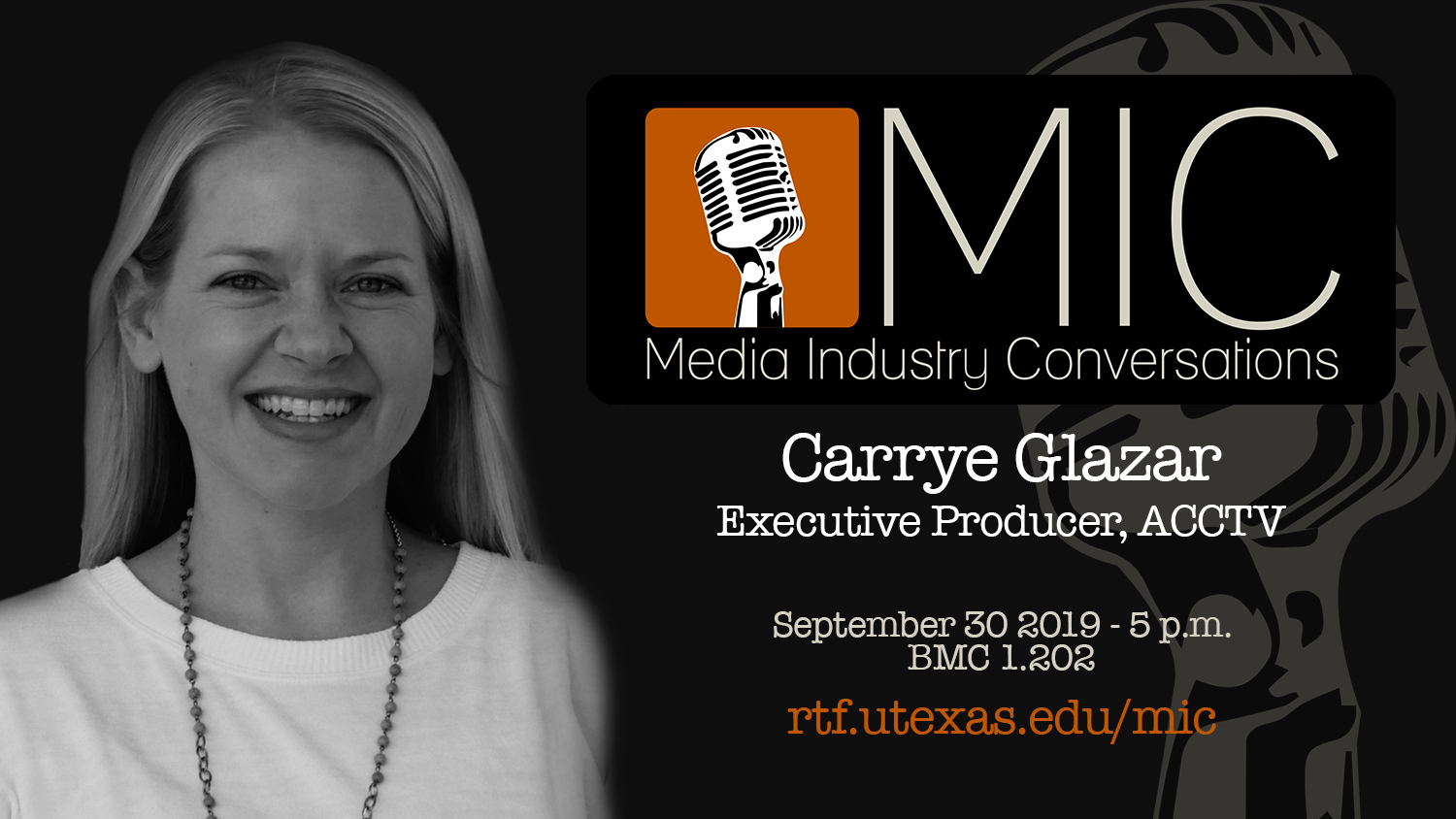 Please join us for a Q&A session where we discuss Carrye Glazar’s career trajectory, her roles and responsibilities as Executive Producer at ACCTV, and her views on the current state of the media industries.

Carrye has worked for almost two decades in content development and production at various companies. After graduating from University of Texas at Austin with her Radio-TV-Film degree and a minor in Business Foundations, she worked as a production assistant for producer, Lynda Obst, on Someone Like You and then with Benderspink in talent management and production. From there, she worked her way from assistant to Vice President of Development and Production at Everyman Pictures, Jay Roach’s (Austin Powers, Meet the Parents) production shingle based in Los Angeles. There she co-managed a film and television slate of 20+ projects for the company. Some produced projects include: Meet The Little Fockers (Universal), Borat (Fox), Bruno (Universal), The Campaign (Warner Bros), Dinner For Schmucks (Paramount), Charlie Bartlett (MGM), and Hitchhikers Guide to the Galaxy (Disney).

On the television side, she co-produced the Emmy Award winning political docu-drama Game Change with HBO.  She returned to Austin and ran the original content division for Mighty Coconut, an animation studio, where she served as an executive producer on YouTube Original’s series, Kings of Atlantis, and has several other projects in active development like the animated series adaptation of the Missy Piggle-Wigglebooks written by Ann M. Martin (Babysitters Club) with Jessica Chastain attached to star, a live action movie adaptation of Randi Rhodes: Ninja Detective with Octavia Spencer, and an animated feature with Rooster Teeth/Warner Media. Currently, Carrye serves as the Executive Producer of Austin Community College’s public television station (Spectrum’s Channel 19) where she is working with ACC students and faculty, the Austin community, and the prestigious PBS affiliate, KLRU, to create a new slate of programming for college and the city. Recently, she joined University of Texas' Moody College Advisory Board.