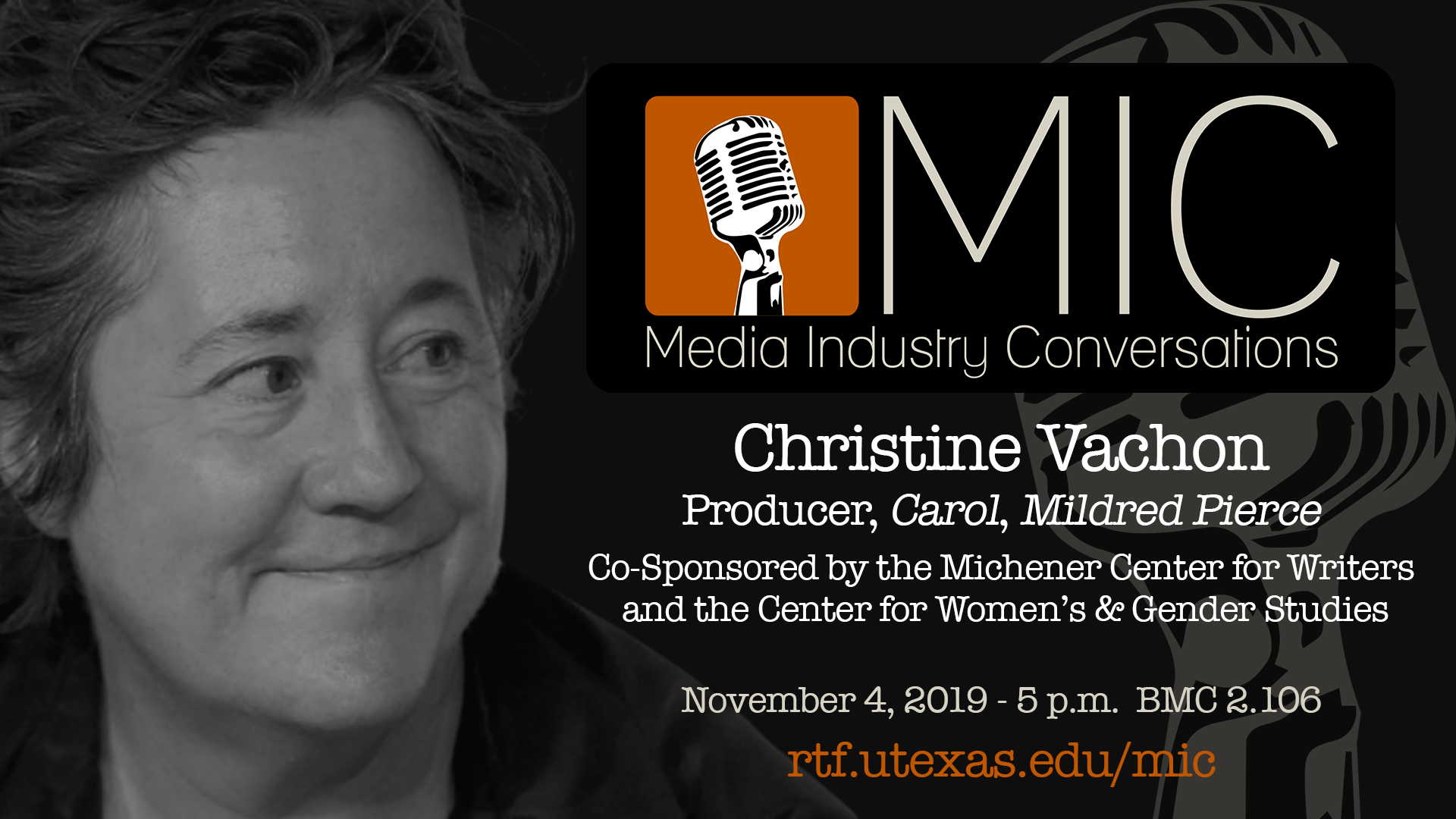 Please join us for a Q&A session where we discuss Christine Vachon’s career trajectory, her roles and responsibilities as a producer on films like Carol and Mildred Pierce, and her views on the current state of the media industries.

Event co-sponsored by Michener Center for Writers and Center for Women's & Gender Studies.

Christine Vachon is an Independent Spirit Award-winning producer. She has been lauded for her career filmmaking with the Producer Award from the Gotham Independent Film Awards.

She co-founded, with Pamela Koffler, the impactful independent film and television production company Killer Films in 1995. Killer’s Oscar-winning films have included Kimberly Peirce’s Boys Don’t Cry and Richard Glatzer and Wash Westmoreland’s Still Alice. Its Oscar-nominated films have included Todd Haynes’ Carol, I’m Not There, and Far from Heaven. The latter swept the Independent Spirit Awards, winning five including Best Actress (Julianne Moore), Best Director, and Best Feature. In her capacity as producer, Ms. Vachon has most recently been nominated in the Spirits’ Best Feature category for First Reformed; the film also garnered an Academy Award nomination for Best Original Screenplay, among other honors.

Ms. Vachon is also the Artistic Director of the MFA program at Stony Brook University.