Co-sponsored by the Michener Center for Writers

Topics of discussion during the Q&A sessiom included David Zucker’s career trajectory, his responsibilities with Scott Free Productions, his views on the evolving state of the media industries, and recommendations for pursuing a career in television writing and producing. 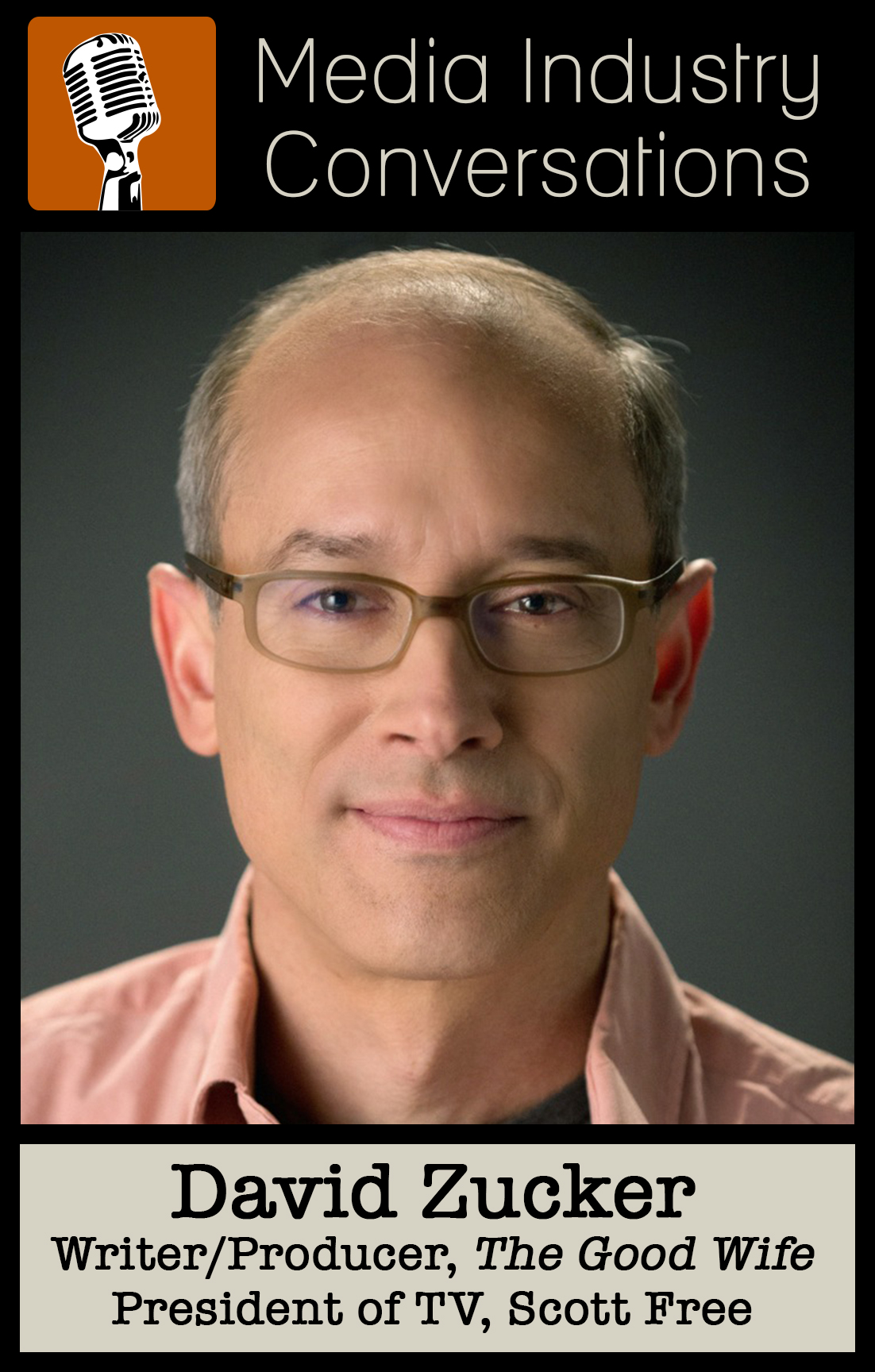 David W. Zucker is President of Television for Scott Free, and Executive Producer of the Emmy and Golden Globe-nominated, Peabody-acclaimed drama, The Good Wife, which begins its 7th season on CBS this fall, as well as a series adaptation of Philip K. Dick’s classic The Man in the High Castle for Amazon, the Civil War medical drama, Mercy Street, PBS’ first scripted series in over a decade, and the forthcoming CBS event series, Braindead, which will air next summer.  2015 also saw the record-setting premiere of Killing Jesus on National Geographic channel, the third in the acclaimed “Killing” telefilms (previously the Emmy-nominated Killing Kennedy and Killing Lincoln), and the release of HALO: Nighfall, a feature-length digital series for X-Box/Microsoft.  Notable projects on the current development slate include an adaptation of Hot Zone for FBC, Strange Angel for AMC, and 3001: The Final Odyssey for Syfy.

During his tenure, Scott Free has produced a steady stream of highly acclaimed longform programs including the Gold Rush mini-series Klondike for Discovery, the Emmy-nominated The Pillars of the Earth for Starz, World Without End for Reelz, Into the Storm (Emmy-nominated) for HBO, Coma and The Andromeda Strain (Emmy-nominated) for A&E, and The Company (Golden Globe-nominated) at TNT.  Back on the series side, the CBS drama Numb3rs, ran for six successful seasons. Additional non-fiction programs include Crimes of the Century and the Emmy-winning documentary special Gettysburg for History Channel. Previously, Zucker worked as a Story Editor on the CBS series, Judging Amy, wrote pilot scripts for CBS and ABC, as well as various stage plays, and served as VP of Drama Series for CBS in addition to VP of Drama Series & Current Programs at Warner Bros. TV.