Topics of discussion during this Q&A session included Don Stokes’s decades of both production and postproduction experiences (e.g., editor, sound recordist, still photographer, postproduction manager), his perspective on current media industry opportunities in Dallas and across Texas, and the diverse services offered by postproduction houses such as his, Post Asylum, for which he is both owner and CEO. 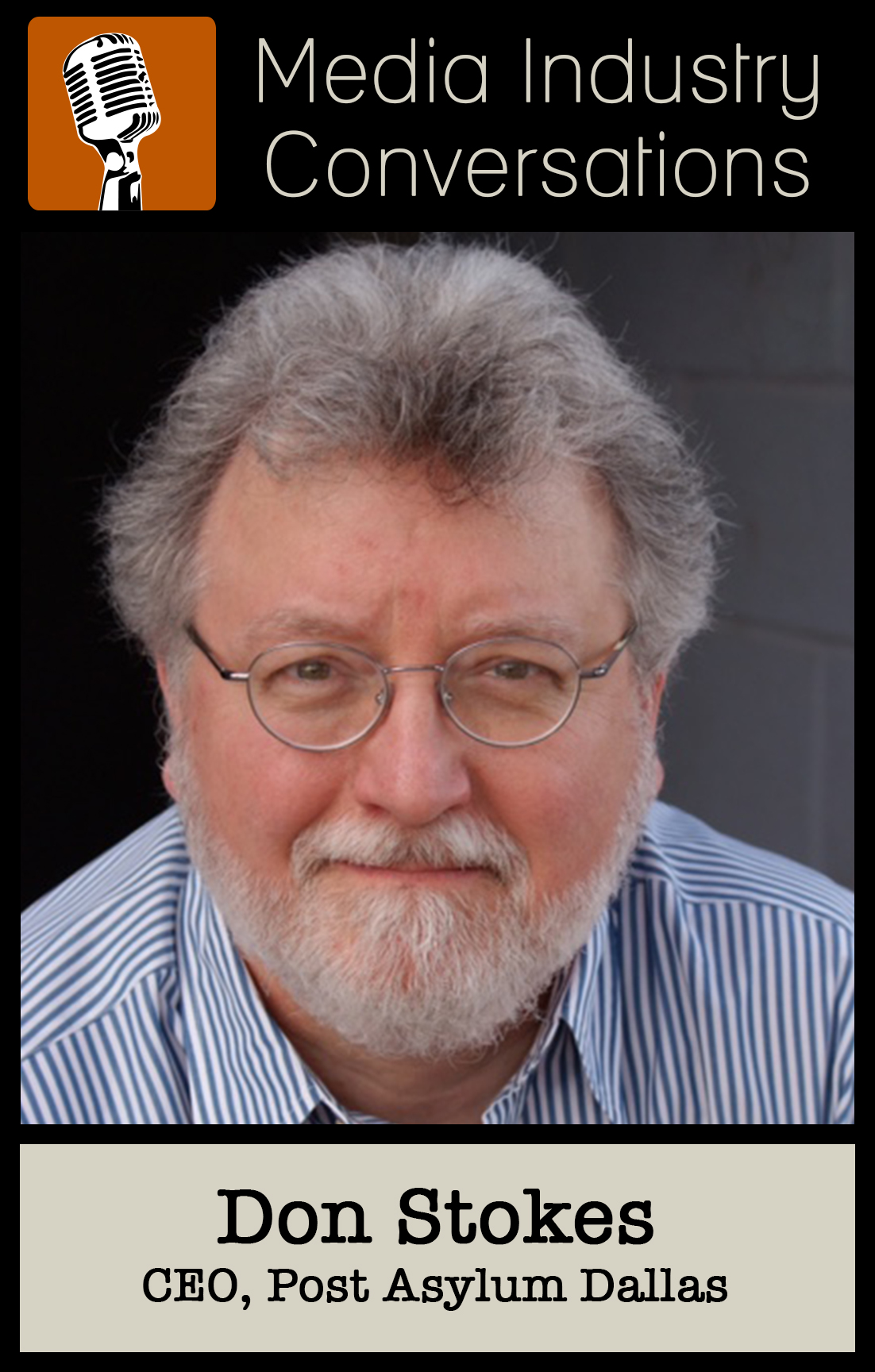 Don began his career processing prints in the family dark room at the tender age of four.  His first paying job in the film business was rolling filmstrips at Jamieson Film Company at the age of seven and he has been involved in the industry ever since. A graduate of Southern Methodist University with a Bachelor of Fine Arts Degree in Radio, Television and Film, Don has worked as a grip, animation cell painter, animation camera operator, still photographer, projectionist, editor, sound recordist, still photographer, production manager, post supervisor, director, writer, and producer.

Don has produced films and videos in the commercial, corporate, documentary, and entertainment sectors for more than forty years. His involvement has been inclusive of script and project development, supervision and selection of production teams, in addition to budgeting and cost control. His work as producer, writer, and director has taken him to numerous international locations and earned awards for him and his clients.

In September of 2002 Don founded his own postproduction facility, Post Asylum, Inc. His goal was to provide a resource to assist advertising agencies and independent film and video producers in their transition to the post-production process while providing them with an environment of unparalleled production support. In addition to its core commercial clients, Post Asylum has been the facility of choice in the finish of numerous independent film and television productions. Services include creative editorial, color grading and finish, graphics, animation, visual effects, sound design and Foley, original music composition and mixing.

Don is a founding member of and past President of the Texas Motion Picture Alliance and currently serves on the boards of the Dallas Producers Association, The Movie Institute and is the current Chairman of the Dallas Film Society.  He is also an associate member of Women in Film.