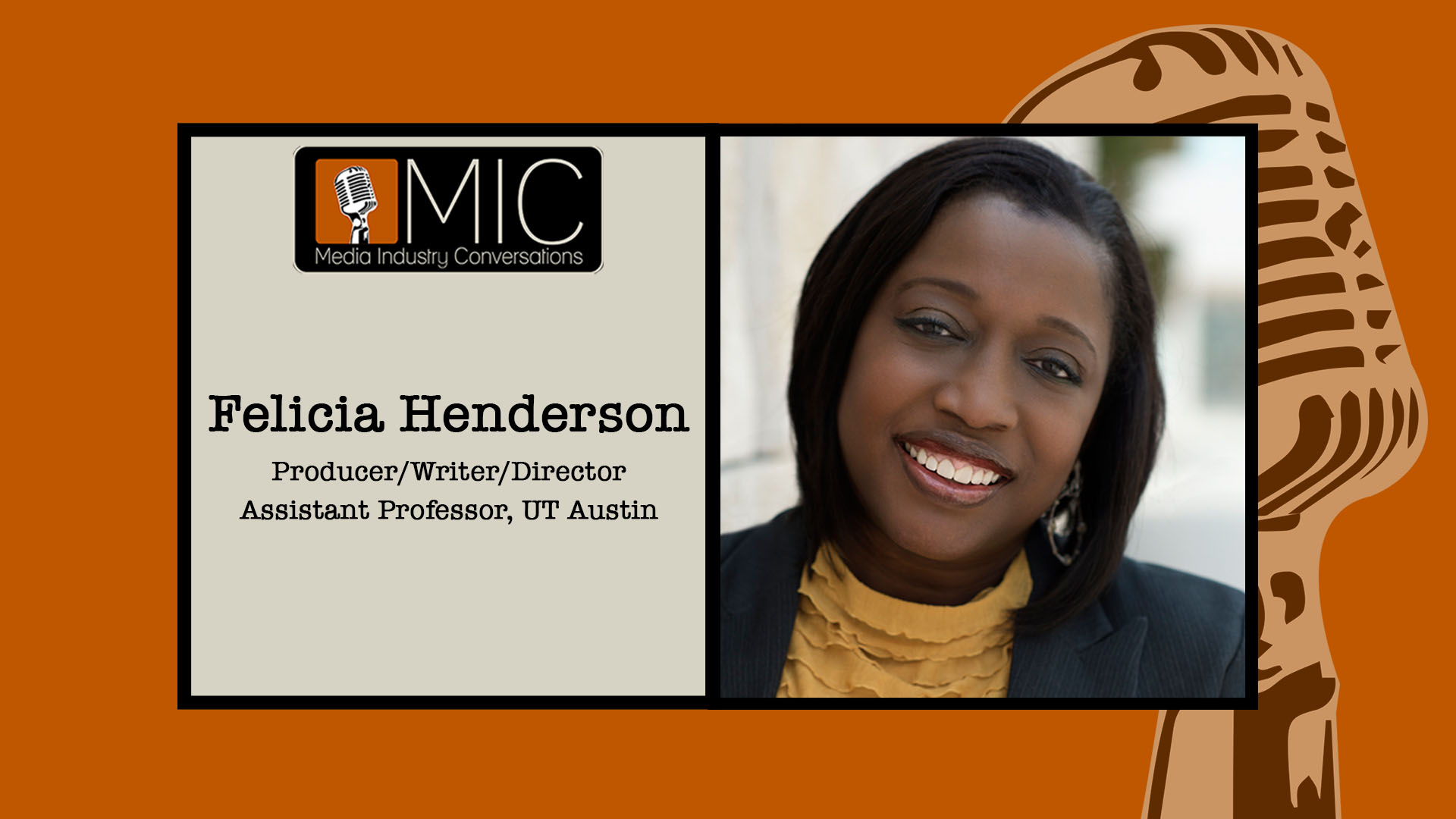 Topics of discussion during this Q&A session include Felicia Henderson’s career trajectory from her time as a publicist to her time as a staff writer for shows on The WB up through her present experience as co-creator and Executive Producer for an acclaimed BET series, The Quad; her perspectives on the craft of writing for film, television, comic books, and more; and what it’s like to work in a contemporary writers’ room.

Felicia D. Henderson is the award-winning creator of the landmark Showtime Network hit Soul Food: The Series, television’s first long-running drama featuring African Americans. Currently, Ms. Henderson is the executive producer of The Quad, which she also co-created. The one-hour drama for BET Networks stars Tony Award winners Anika Noni Rose and Ruben Santiago-Hudson and was named one of the “Top 15 Shows To Watch” by The New York Times in 2017.

Additionally, Ms. Henderson is the co-executive producer of a Marvel comic book adaptation for Netflix that will debut in the fall of 2017.

The successful writer/director/producer also executive produced Single Ladies and Reed Between the Lines for BET Networks. She has written and co-executive produced such high-profile shows as Gossip Girl, Fringe and Everybody Hates Chris. Additional credits include: Sister Sister, Moesha, and The Fresh Prince of Bel-Air.

After beginning her writing career in sitcoms, Ms. Henderson turned her attention to television drama writing and received three NAACP Best Drama Awards for Soul Food; a Gracie Allen Award for her depiction of women; and a Prism Award for Accurate Depictions of Social Issues. She also garnered a Writers Guild of America nomination for Fringe.

Having earned B.A. and M.F.A. degrees from UCLA, Ms. Henderson was honored with UCLA’s Tom Bradley Alumnus of the Year Award in 2014 and the UCLA School of Theater, Film and Television’s Alumni Achievement Award in 2010. She also received an M.B.A. from the University of Georgia. Continually in pursuit of knowledge, she is a Ph.D. candidate in Cinema and Media Studies at UCLA. Her research interests include: culture, class, race, and gender issues in television writers’ rooms, political economics of the 2007 WGA strike, and the “othering” of single women in the media. She has written chapters for two text books and her critical essays have been published in some of the most prestigious academic journals in her field.

Ms. Henderson is a member of the Diversity Committee for the Sundance Screenwriters Lab; a trustee for the Humanitas Prize; and mentor for the Humanitas Prize New Voices program. She is a Diamond Life Member of Delta Sigma Theta Sorority, Inc. (a public service sorority); a board member of Dancing N.E.D. (a non-profit that raises funds for the treatment of women’s cancers); an honorary board member of Los Angeles based Coalition for Restoring At-Risk Youth (a non-profit that provides social, mental and medical care to at-risk and homeless youth); and a Writers Guild of America trustee who serves on the Pension and Health Insurance Committee.

Ms. Henderson has written, rewritten, and polished screenplays for 20th Century Fox, MTV Films, Lionsgate Entertainment, and Warner Bros. Studios. Currently, she’s writing a feature film, Who's This Between?, that she will also direct.

Ms. Henderson was born and raised in Pasadena, CA. She and her four-legged human, Muffin, split their time between Los Angeles and Austin.