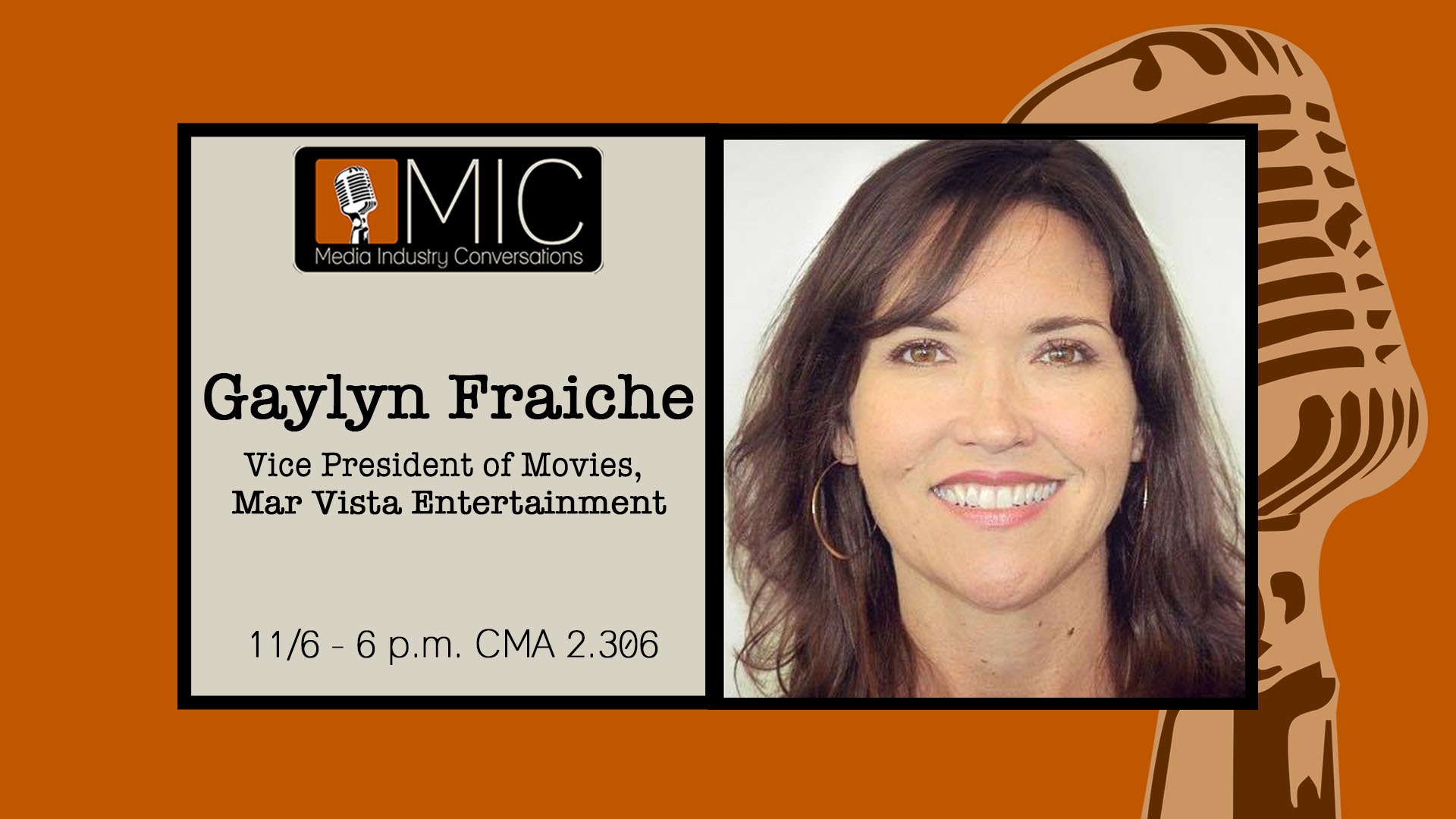 Please join us for a Q&A session where we discuss Gaylyn Fraiche’s career trajectory since her time as an RTF major, her roles and responsibilities as Vice President for Movies at MarVista Entertainment, and her views on the current state of the film and TV industries.

Gaylyn Fraiche moved to Los Angeles three weeks after graduating with a film degree from The University of Texas at Austin.  Knowing from a young age that she wanted to tell great stories through movies and television, she landed her first job in her first week in Los Angeles at a busy television production company and worked in different capacities on 13 made-for-TV movies and three series.  She served as the Script Coordinator on the CBS series Johnny Bago for Executive Producers/Writers Peter Seaman and Jeffrey Price and Executive Producers Robert Zemeckis, Frank Marshall and Steve Starkey.

Gaylyn’s first experience in feature films was as Oscar-Winning Director Curtis Hanson’s assistant on The River Wild, starring Meryl Streep and Kevin Bacon.  She worked for Hanson for almost two years, including over four months on location in Montana and Oregon, through the release of the movie and through early development of L.A. Confidential.   From there she worked as Oscar-Winning Director Kathryn Bigelow’s assistant on Strange Days.

She began working at Castle Rock Pictures for CEO Martin Shafer on such films as The Green Mile, Best In Show, Miss Congeniality and Proof Of Life, developing relationships with filmmakers including William Goldman, Frank Darabont, Taylor Hackford, Tony Gilroy, Sandra Bullock, Hugh Grant, Christopher Guest and Rob Reiner. She was promoted to Creative Executive and Director of Development.

In 2005 she joined Producer Debra Martin Chase and became the Executive Vice President of Martin Chase Productions, overseeing its feature deal at Disney.  A three-person company, Martin Chase developed projects for both film and television, selling TV pilots to both Lifetime and The CW, while producing feature films and television movies.  Her television credits include Producer of the American Girl movies Saige Paints The Sky, starring Jane Seymour and Mckenna Shoots For The Stars, starring Nia Vardalos, both for NBC.  She was the Producer of the musical Lovestruck for ABC Family, starring Jane Seymour, Chelsea Kane and Sara Paxton and the Co-Producer on the successful Disney Channel musical Lemonade Mouth. She was the production executive for Martin Chase on the second and third installments of The Cheetah Girls franchise for The Disney Channel and has worked on set for movies shot in India, Canada, New York, New Mexico, Pittsburgh and Detroit.

She is currently Vice President of Movies, for MarVista Entertainment, an international production and distribution company based in Los Angeles.  She is producing and/or overseeing movies for: Disney Channel, Nickelodeon, Lifetime, Hallmark and Hallmark Movies and Mysteries.  She has just completed production on her eighth movie in her three years at MarVista, Tiny Christmas for Nickelodeon.

Her feature credits include Executive Producer of 2012’s Sparkle, starring Whitney Houston and Jordin Sparks, Co- Producer of Just Wright, starring Queen Latifah and Co-Producer of The Sisterhood Of The Traveling Pants 2.

After growing up in New Orleans and Dallas, Gaylyn calls Santa Monica her home, but she feels it is very important to stay in touch with her southern roots.