Topics of discussion during this Q&A session included Heather Page’s experiences as a camera woman in a range of film & TV projects from LA to New York to Texas (e.g., Armageddon, Friday Night Lights) and her current responsibilities as Director of the Texas Film Commission. She dicussed the role of the Texas Film Commission in encouraging local production and in providing resources to Texas industry professionals involved in the film, TV, commercial, gaming, visual effects, and animation industries. 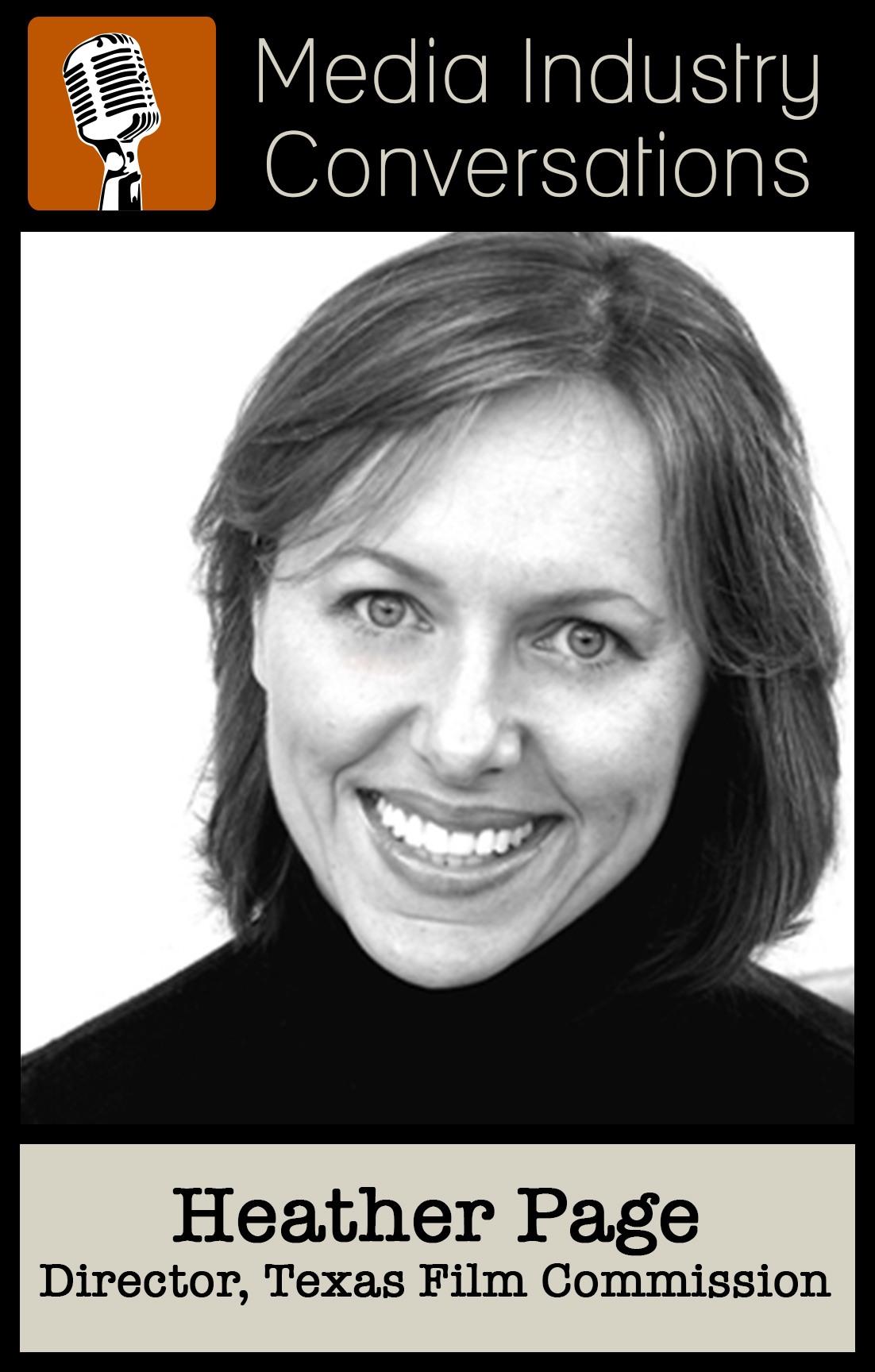 Page has been the Director of the Texas Film Commission since September 2012.  Prior to joining the commission she was an accomplished motion picture camerawoman, having worked on major feature films and television shows such as The Green Mile, Armageddon, Master and Commander: The Far Side of the World, and Friday Night Lights. She is also the former workforce training administrator for the Texas Film Commission, where she designed and implemented the Commission’s Workforce Training Program created in 2007 by the Texas Legislature.