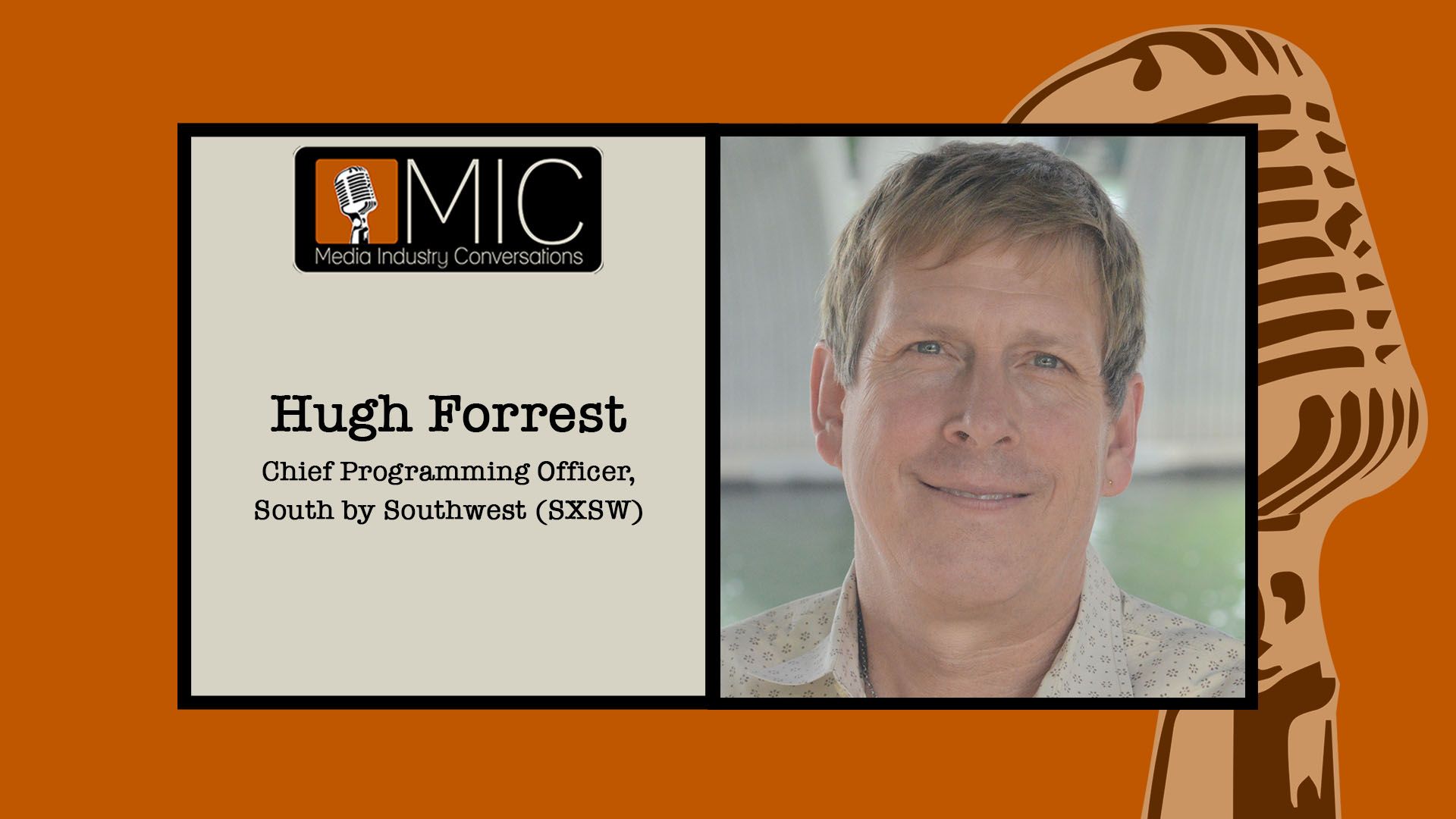 Topics of discussion during this Q&A session include Hugh Forrest's career trajectory and current role as Chief Programming Officer for South by Southwest (SXSW), an annual gathering of music, technology and media voices and organizations. He will discuss the role of tech and media in Austin, organizing for an internationally-renowned festival and how SXSW has grown and connects to other parts of the media industries.

Hugh Forrest serves as Chief Programming Officer for South by Southwest (SXSW). Scheduled March 9-18, 2018 in Austin, this event brings together more than 50,000 industry creatives from across the United States and around the world. These creatives are inspired by nine days of panels, presentations, brainstorming, networking, deal-making, socializing, creating, innovating, and fun.

Forrest was named "Austinite of the Year" in 2012 by the Austin Chamber of Commerce (along with fellow SXSW Directors Roland Swenson, Louis Black and Nick Barbaro). In 2014, Forrest and these other SXSW Directors were named Austin Entrepreneurs of the Year by Ernst & Young.

In addition to his work at SXSW, he has previously served on of the National Advisory Board for the Poynter Institute in St. Petersburg, Florida. He is currently part of the Board of Directors for Austin Habitat for Humanity, as well as a trustee for the Austin Awesome Foundation.

Forrest majored in English at Kenyon College in Gambier, Ohio. Before joining the SXSW team in the dark ages of 1989, he founded a small alternative publication called The Austin Challenger and wrote for several other local newspapers and publications.