Jared Hoffman (BS, Radio-TV-Film) is the President of Generate, an online content and talent management company. He spoke about years as an agent for CAA and the SVP of Video Programming for Defy Media as well as his thoughts on industry shifts to digital and video streaming media.

Hoffman spoke at the University of Texas at Austin on November 23, 2016 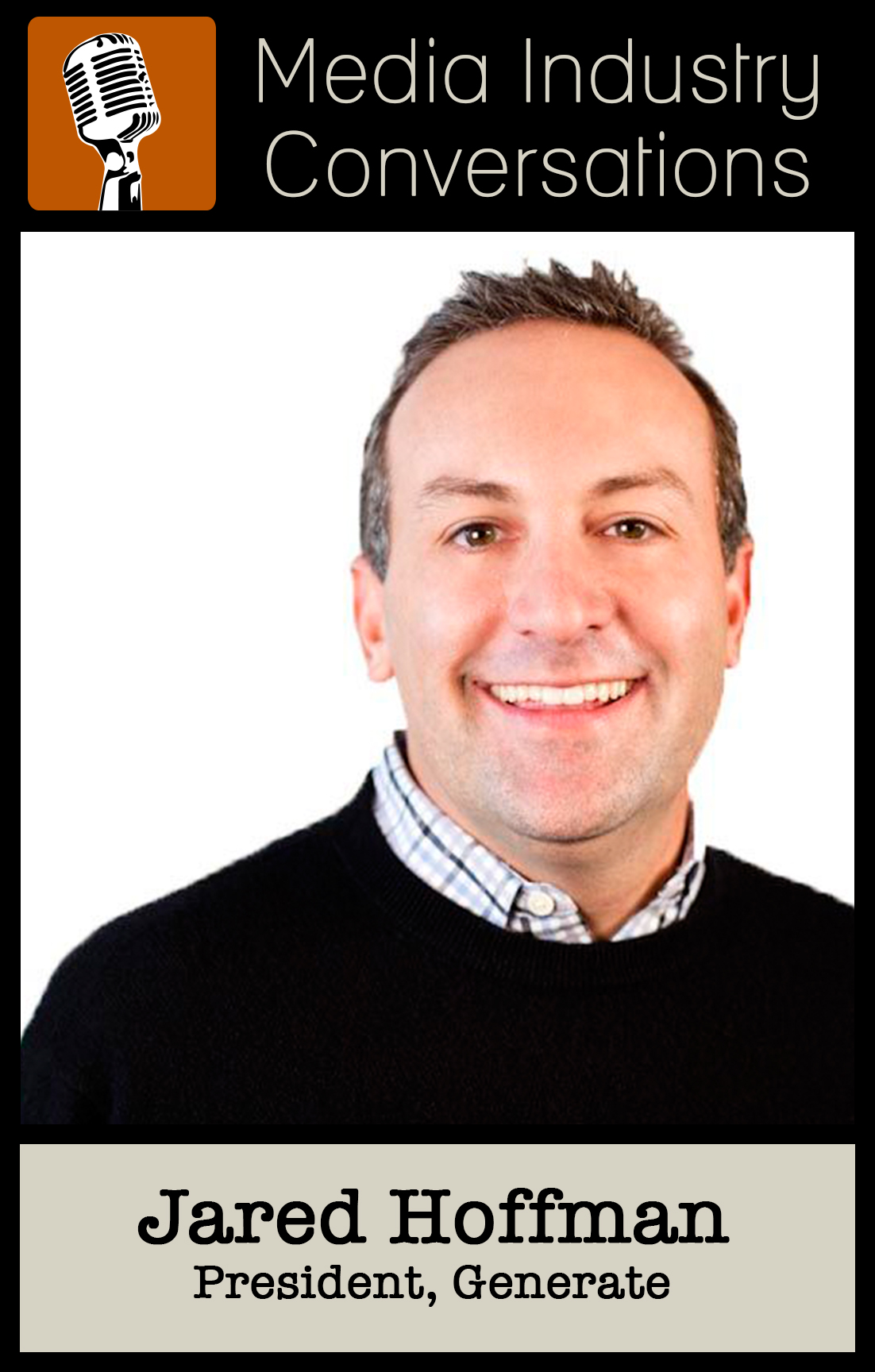 Jared Hoffman serves as President of Generate, A DEFY Media company, and is an award-winning producer of original content with deep expertise for compelling storytelling made for traditional broadcast, cable, theatrical and digital platforms. Generate is also home to a prolific talent management division representing clients across all creative disciplines.

Hoffman has created, produced and overseen multiple award-winning branded programs for a wide range of clients including Microsoft, Tresemme, Cotton Inc., Johnson & Johnson, AT&T, LG Mobile, Royal Caribbean, Toyota and TD Ameritrade, among many others. He has also worked on multiple projects with such high profile agencies as J3, GroupM Entertainment, Mindshare, and Ogilvy Entertainment.

Hoffman’s most recent broadcast endeavors include executive producing “Reality Show” a series for Showtime and Screen Gems, and serving as Executive Producer of AMC’s acclaimed award winning digital series for “The Walking Dead”. He also serves as Executive Producer of Fuse Music Network’s first scripted series “The Hustle”, MTV’s, “The Show with Vinny”, The Disney Channel’s “K.C. Undercover”, and the OWN Network’s “The Help Desk”. Hoffman also produced, SHOOTING THE WARWICKS, the award winning film, which made its debut at SXSW and will be released in 2015. He is also the creator of the game CAMERA ROLL, being manufactured by Endless Games, in retail stores in July 2015.

During his eleven year tenure at CAA, Hoffman worked in various departments, including the feature film literary division, and was part of the team that built the company’s corporate and new media division. Hoffman serves on the board of the Branded Content Marketing Association, Reel Screen, the University of Texas’ Film Institute and University of Texas Program in Sports and Media.