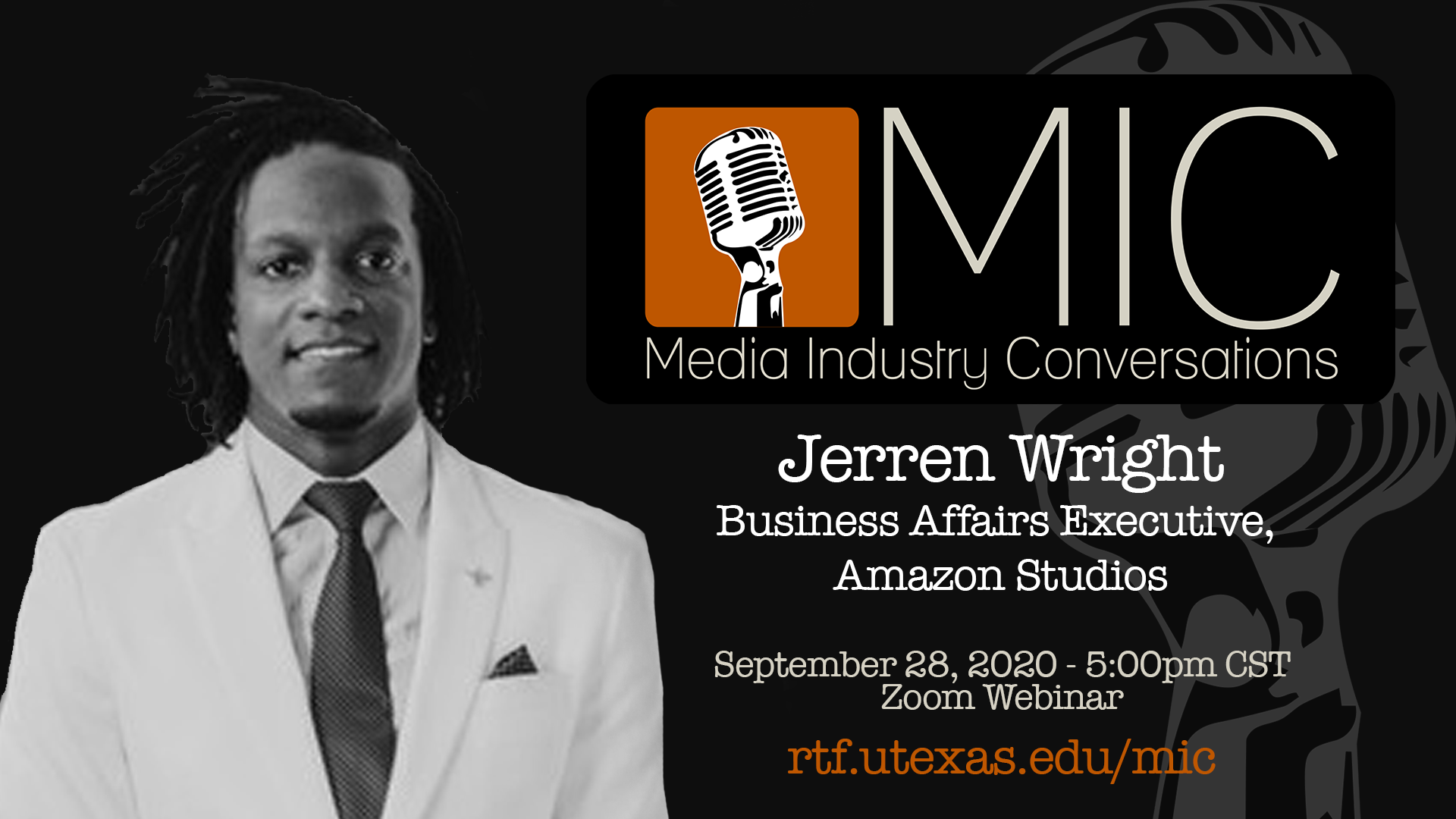 Please join us for a Q&A session where we discuss Jerren Wright’s career trajectory, his roles and responsibilities as a Business Affairs Executive at Amazon Studios, and his views on the current state of the media industries.

Jerren Wright is a multimedia/technology businessman and attorney in the entertainment industry. He currently serves as Business Affairs Executive at Amazon Studios where he negotiates high-level deals for original drama, comedy, genre and adult animated series for exploitation on the Prime Video platform. Prior to rejoining Amazon Studios, he served as Legal Counsel for Google/YouTube Originals and Corporate Counsel for Amazon Studios where he oversaw numerous film and television projects from development through distribution for both domestic and international exploitation on an SVOD, AVOD and TVOD basis. Most notably, Jerren served as counsel for award-winning television projects such as the All or Nothing franchise, Thursday Night Football, Transparent and Fleabag to name a few.

Prior to moving in-house, Wright practiced entertainment and corporate transactional law at Abrams Garfinkel Margolis Bergson LLP and, prior to that, interned at various major studios in the greater Los Angeles area (i.e., Disney Studios, ABC Studios and NBC-Universal). Wright earned his JD from the Pepperdine University Caruso School of Law, where he served as Student Body President while concurrently securing his MBA from Pepperdine's Graziadio School of Business & Management. In 2017, Jerren was awarded Pepperdine Law’s inaugural Distinguished Young Alumni Award and currently sits on the Dean’s Council.

Jerren participates in various community efforts, from Big Brothers Big Sisters of Los Angeles to a long stint on the Leadership Advisory Board for Vista Del Mar, a program which provides comprehensive rehabilitation services for at-risk families. Jerren was also a member of the University of Texas Longhorns’ 2005 National Championship football team. He remains involved in various initiatives at The University of Texas where he currently serves on the Advisory Council for the Moody College of Communication. Jerren commutes to Los Angeles for work at Amazon Studios, but he and his wife Ashley live in Nashville, TN where they enjoy spending quality time with their two young daughters Thompson and Larkin.