In his presentation, Jordan Levin provided his perspective on how the media industries have evolved during the last several decades, drawing from his own personal experiences working at The WB Network, Generate (talent management and studio), Microsoft XBox Entertainment Studios, and more. He concluded by discussing how, in his current position as Chief Content Officer for the NFL, he is dealing with dramatic technological, regulatory, and industrial changes. 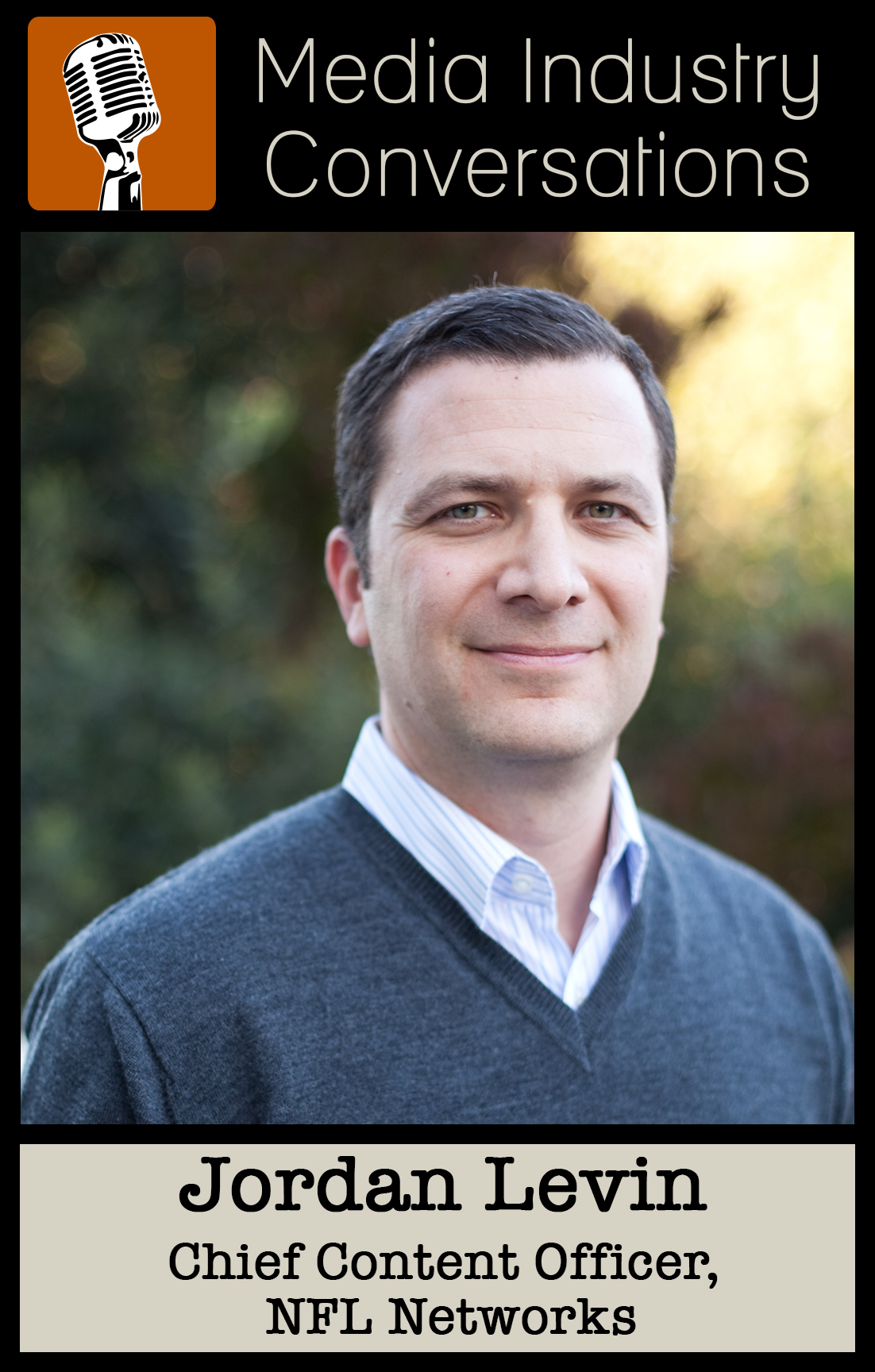 Utilizing both his creative and business expertise, Jordan Levin has been instrumental in launching numerous entertainment franchises that have left a lasting impact on popular culture for more than a quarter century as an enterprising network and studio executive, producer, director and new media entrepreneur.

In 2015, the NFL named Levin as its first ever Chief Content Officer.  In this newly created role, Levin is responsible for developing and implementing an innovative, league-wide content plan advancing the long-term growth objectives of the NFL across all of its owned-and-operated media assets, including the NFL Network, NFL Digital Media and NFL Films, as well as external media partnerships, networks and platforms.  Levin’s primary focus is on the development, production, programming and distribution of video and editorial content consistent with the NFL brand and mission, reaching current and future NFL fans across all demographic segments worldwide. Additionally, Levin manages NFL event programming franchises, such as the Super Bowl Halftime Show and NFL Honors.

Previously, Levin joined The WB in 1994 as part of its founding executive team where he spent a decade helping to launch, build and brand America’s most successful broadcast network to target young adult audiences through hit programs like “Dawson’s Creek,” “Buffy the Vampire Slayer,” “Felicity,” “Smallville,” “Gilmore Girls,”  “The Surreal Life,” and “One Tree Hill,” amongst numerous others.  Rising through the ranks, he became sole president of entertainment in 2001 and, two years later, became the youngest CEO in broadcast television history.

Earlier, Levin spent five years as a member of the creative team that revitalized the Disney brand in network television having developed shows including “Home Improvement,” “Ellen,” and “Boy Meets World.”

A member of the Directors Guild of America, Levin made his directorial debut in 2004 on an episode of “Everwood,” the award-winning dramatic series he had earlier commissioned.

As a result of these collective efforts, Levin is considered a prominent thought leader, innovative builder and collaborative partner, recognized by many publications and organizations for his forward thinking influence across the entertainment, technology, advertising and, most recently, sports communities. A frequent keynote speaker, moderator, panelist and presenter, Levin is also a published author and adjunct professor.  He has lent his strategic acumen to a variety of boards, including non-profit organizations, industry associations, academic institutions, political advocacy groups and early stage media companies, including NATPE (the National Association of Television Program Executives), where he has served as Chairman since 2011, HRTS (the Hollywood Radio & Television Society), for which he is a past President, Common Sense Media, the Austin Television Festival, the Austin Film Society and Structured Data Intellegence’s Video Genome Project.  A Dean’s List and Cum Laude graduate with special honors from the RTF Department of the Moody College of Communication at the University of Texas at Austin, Levin was named the College’s Alumnus of the Year in 2002, one of the University Alumni Association’s Outstanding Young Texas Exes in 2004 and selected as one of the University’s 125 Extraordinary Exes in 2010.