Hullum discussed his experience developing and managing the popular online video and content MCN Rooster Teeth as well as his experiences at the University of Texas at Austin. 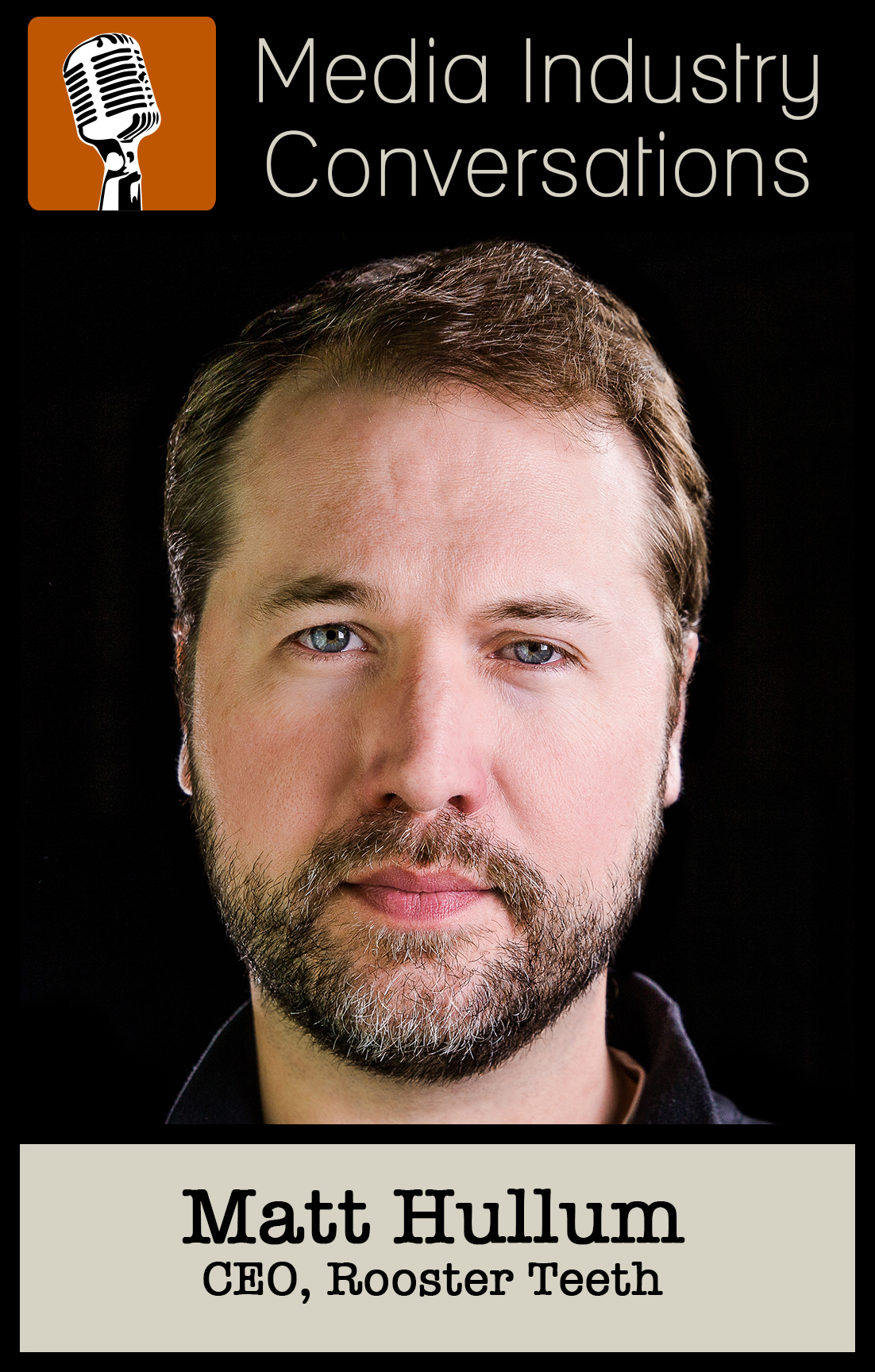 Director/Producer Matt Hullum shot his first feature film while attending the University of Texas, and has since directed more than 30 national television commercials, over 40 short films, and a half dozen music videos. He also co-directed seven seasons of the most successful web series of all-time, “Red vs. Blue.” Matt’s work has received numerous awards and accolades, including a recent nomination for the Streamy Awards’ Best Music Video of the Year for Barenaked Ladies’ “Odds Are.”

Matt recently completed principal photography on his newest directorial effort, the upcoming sci-fi action comedy “Lazer Team,” which is the #1 highest crowdfunded original film project ever on Indiegogo. In addition to his work as a director, Matt has produced visual effects and animation for such diverse studio pictures as the Sylvester Stallone movie “Driven,” “Scooby-Doo,” and the “Sponge Bob SquarePants Movie.” Matt appears in front of the camera from time-to- time, and remains a starring member of the cast of “Red vs. Blue,” voicing the characters of Sarge, Doc, O’Malley, Wyoming and Maine.

Matt is the CEO of Rooster Teeth Productions, which has grown by more than 200% in the past three years, and now boasts more than 18 million subscribers and four billion video views on YouTube. He serves as Executive Producer of all the company's major productions, including “RWBY,” the first American-made anime to be released in Japan by a major studio (Warner Bros.). Matt currently lives in Austin, TX with his wife and two sons and knows all the best Mexican restaurants in town.