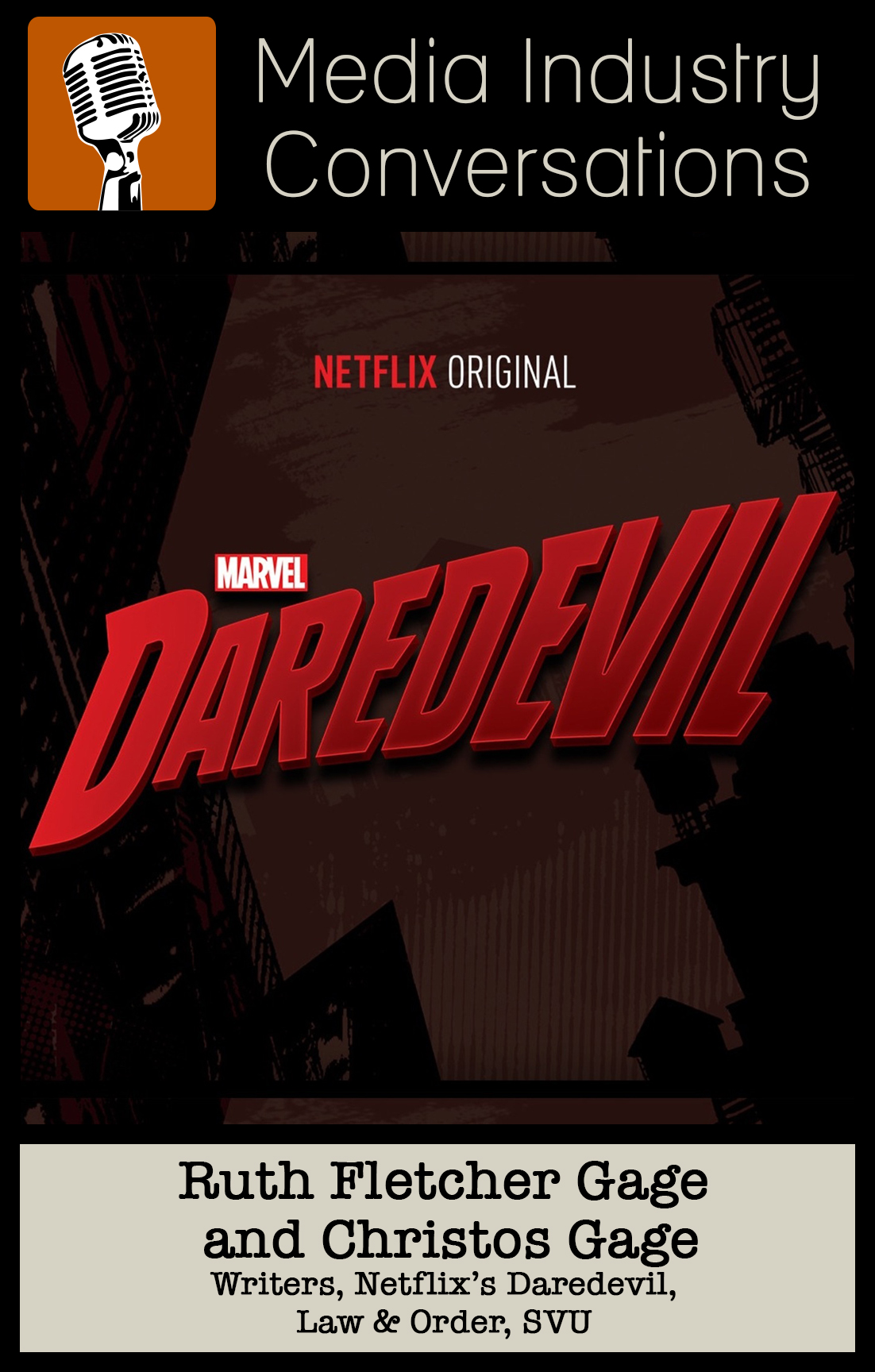 Christos Gage has a decade’s worth of comic book credits, including Buffy The Vampire Slayer, Spider-Man, Avengers Academy and many more, as well as the original graphic novels Area 10 and Sunset. He has made the New York Times bestseller list three times, with Superior Spider-Man and his first two volumes of Buffy. He was writer and Associate Producer of the Larry Clark-directed film Teenage Caveman for HBO. His video game writing credits include Amazing Spider-Man 2, Captain America: Super Soldier and the Iron Man 3 and Captain America: Winter Soldier mobile games. He graduated Brown University and holds a Masters Degree in screenwriting from the American Film Institute.

Ruth Fletcher Gage has spent her life moving between the political and creative worlds. She graduated Phi Beta Kappa from UNC Chapel Hill as an IBM/Awalt Scholar in Directing. She attended Oxford University and worked at the Goodman Theater in Chicago with Tony, Pulitzer and Academy Award winning writers and directors like August Wilson and Steve Tesich. Her first work in film was for Michael Mann and Jon Landau on Last Of The Mohicans. Ruth then worked on the combined campaign for Governor James B. Hunt and Clinton/Gore, where she was a liaison to the Hollywood Women’s Political Committee. She went on to work with the movies Richie Rich and Heavyweights through her job with the Secretary of Cultural Resources. She also served in offices of the NCDP, including National Committee Woman. Ruth earned an MFA from the American Film Institute, producing the Directing Workshop for Women and attaching Emmy Award winner Charles S. Dutton to her thesis screenplay. As Development Executive at Thunderbird Pictures, she developed the indie KLASH and, with Christos, sold A Place For Us with Dennis Hopper.

Since that time, Ruth and Christos have written as partners for television and film. Their work has been nominated for numerous awards, including Shine and Harvey awards. They’ve written movie screenplays for Universal, Sony and Warner Brothers, as well as such actors as George Clooney and Morgan Freeman. Their produced credits include the indie films The Breed and Paradox. In television, they’ve worked with award-winning actors like Michael Emerson, Viola Davis and Vincent D’Onofrio. Their credits include Numbers and Law & Order: Svu, where Dick Wolf called their episode “Mercy” his favorite of the series and “an incredible paradigm for where the show should be going”. Most recently, they were brought in by Drew Goddard to be part of the inaugural writing staff of the acclaimed Marvel/Netflix television show Daredevil. Since its release, it has become Netflix’s highest rated show, and their episode has been one of the most critically acclaimed by reviewers from the Los Angeles Times to Nerdist. The Gages’ first collaboration on a graphic novel, The Lion Of Rora, was released by Oni Press this August.