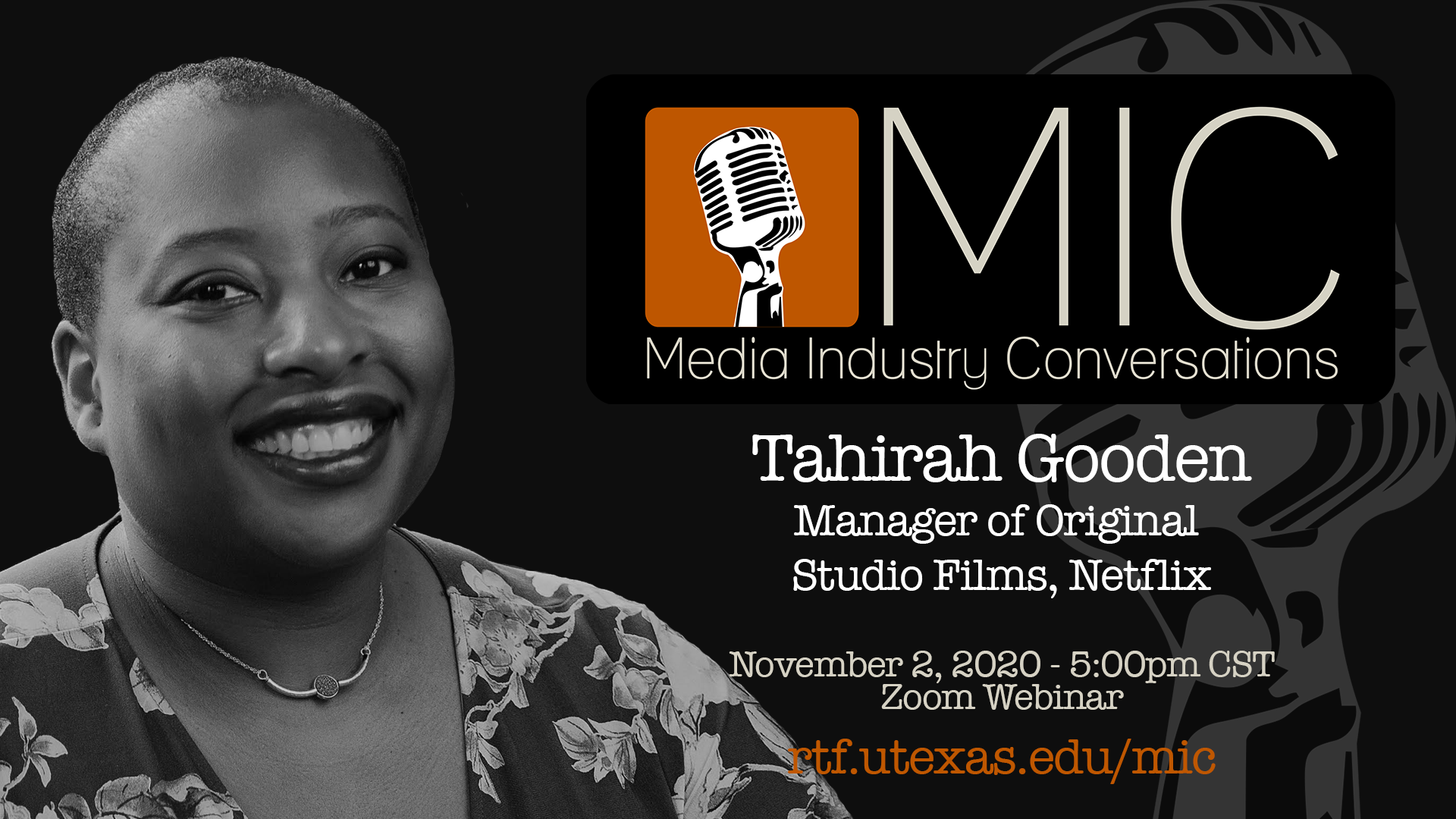 Please join us for a Q&A session where we discuss Tahirah Gooden’s career trajectory, her roles and responsibilities as a film executive at Netflix, and her views on the current state of the media industries.

Tahirah Gooden is a Senior Development and Production Executive on the Original Studio Film team at Netflix where she collaborates with film producers, writers, directors, and other creative talent to shepherd a diverse slate of film projects through various stages of development and production.

Most recently, Tahirah oversaw the development and production of the Netflix original films, The Old Guard directed by Gina Prince-Bythewood and the critically acclaimed film, Da 5 Blood directed by iconic filmmaker Spike Lee. Previous movies on Tahirah’s slate include the Ali Wong and Randall Park starrer Always Be My Maybe as well as the Eddie Murphy comedy, Dolemite is My Name based on the life of comedian Rudy Ray Moore.

Prior to her tenure at Netflix, Tahirah served as Director of Development at Lava Bear Films, where she worked on features such as Arrival, The Forest, and Shut In.

Tahirah holds an MFA in Film Producing from the prestigious Peter Stark Producing Program at USC in 2007.