Director of Diversity, Writers Guild of America
(Via Skype)

Topics of discussion during this Q&A session included Tery Lopez's career trajectory, including her involvement with a range of television series, feature films, and advocacy organizations; her current responsibilities as Director of Diversity for the Writers Guild of America, West; current opportunities and constraints involved in diversifying Hollywood film and TV production. 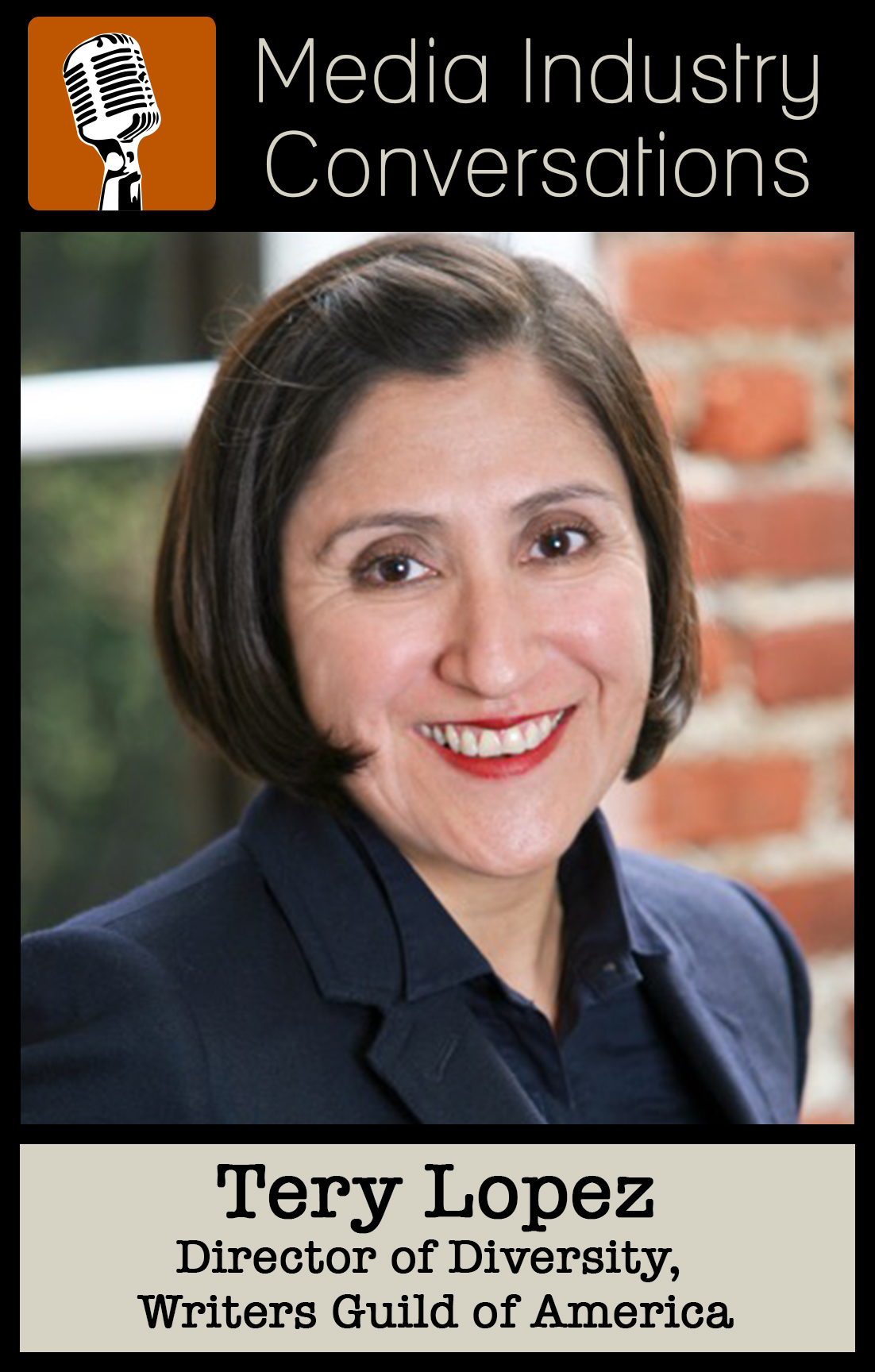 Tery Lopez is the Director of Diversity at the Writers Guild of America, West. Previously, she was conference director for the National Association of Latino Independent Producers (NALIP). Ms. Lopez began her career in the film industry as an assistant to producers, Moctesuma Esparza and Robert Katz (Selena, Gettysburg, Introducing Dorothy Dandridge). Later, she worked as part of Moctesuma Esparza’s, Maya Pictures development team, producing 13 episodes of the Sí TV comedy series, Circumsized Cinema. She also worked as post-production coordinator for the HBO film, Walkout, and was co-producer of the feature film Innocent Voices, which was Mexico's official entry in the 2005 Academy Awards.

Tery received her B.A. in Telecommunications and Film from the California State University at Los Angeles.