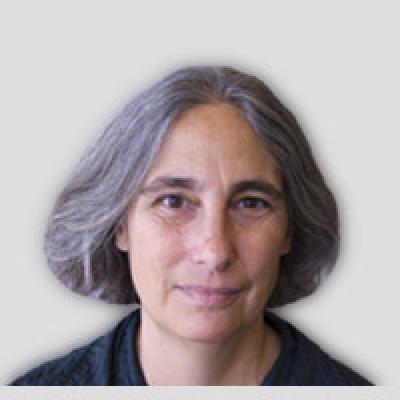 Anne Lewis is an independent documentary-maker associated with Appalshop Films, a media arts and cultural center located in Whitesburg, Kentucky, in the heart of the Central Appalachian Coalfields. Her work reveals working class people fighting for social change. Anne was associate director/assistant camera for HARLAN COUNTY, U.S.A., the Academy Award-winning documentary about the Brookside strike. After the strike, she moved to the eastern Kentucky coalfields where she lived for 25 years.

Documentaries she produced, directed, and edited include: ANNE BRADEN: SOUTHERN PATRIOT co-directed with Mimi Pickering (Texas Observer screening at the Alamo Drafthouse, 2013 Kentucky History Award, KY Historical Society) about the extraordinary life of a civil rights leader; MORRISTOWN: IN THE AIR AND SUN (Austin Film Festival, AMBULANTE ) a working class critique of globalization, TO SAVE THE LAND AND PEOPLE (SXSW, Texas Documentary Tour) a history of a militant grassroots environmental movement; JUSTICE IN THE COALFIELDS (INTERCOM gold plaque) about the community impact of the Pittston strike; ON OUR OWN LAND (duPont-Columbia award for independent broadcast journalism) about the citizens' movement to stop broad form deed strip mining; and CHEMICAL VALLEY co-directed with Mimi Pickering (P.O.V., American Film and Video Blue Ribbon) about environmental racism and most recently, SHELTER (Honorable Mention, New Jersey International Film Festival) which tells the stories of 5 West Virginia women as they try to find freedom, justice and safety.

Her documentary, FAST FOOD WOMEN, about women struggling to raise families in minimum wage jobs with no benefits, received national airing on P.O.V. and was part of a Learning Channel series of films about women by women.

A STRIKE AND AN UPRISING (IN TEXAS) 65:17 2018, “weaves together an alternative history
of Texas from the pecan shellers of the early twentieth century through the removal of the Jefferson Davis statue from the University of Texas, Austin, in 2015. Texas radicals, especially women of color, and their hidden histories shine in this beautiful and innovative film. It is rich with archival footage and photographs, and we see the protagonists of these struggles piecing together fragments of their memories and their pasts. The connections between past and present-day struggles are vividly rendered.” —Aviva Chomsky.  “I think of this film as the monument that replaces the removed statue of Jefferson Davis: a monument to equality and freedom against one of oppression.”— Alessandro Portelli. 2018 Cine Las Americas (Hecho en Tejas audience award); 2018 DC Labor Fest; 2018 San Francisco Labor Fest; screening in Rome, Italy; Interview, Texas Public Radio. Distributor, Anne Lewis Productions. www.strikeandanuprising.org

THE WOMEN ON THE BUS 12:50 2017 Fifty-seven women met on a ranch outside Austin, Texas for a thirty-hour bus ride to the Women's March on Washington. An unlikely group, they were age 13 to 70; white, Latina, and black, CIS gendered and off the binary; rural and urban. Four were undocumented -- one had spent 10 months in detention. They brought pillows, blankets, food, and clothing for 3 days. Several crocheted pink hats on the way. Most had never been to a mass demonstration. An informal video I made as one of these women. https://vimeo.com/204238602

WILLIE NELSON ON SAVING THE U.S. POSTAL SERVICE, 2016, 2-minute spot for the convention of the United Postal Workers of America and web release. https://www.youtube.com/watch?v=u0bB281GeMU

ANNE BRADEN: SOUTHERN PATRIOT (1924-2006) 67:00 2012 in partnership with Mimi Pickering; funded in part by the Southern Humanities Media Fund.  “A gem of a film, accented with freedom fighters who speak firsthand about carving a path through a traumatized, violent, racist South, to make way for one of the largest and most effective nonviolent movements for social change the world has ever seen.”  Joan Baez.  “A magnificent portrait of the Anne Braden I knew: militantly anti-racist, and radical to the core.  Anne Braden changed my life; this film will change yours.”  Robin D.G. Kelley.  Screened at the S. Alamo Drafthouse, co-sponsorship with the Texas Observer and the Austin Film Society; DOXA film festival, Vancouver; numerous academic conferences and workshops. Available on Kanopy http://newsreel.org/video/anne-braden-southern-patriot

MORRISTOWN: IN THE AIR AND SUN 60:00 2007, “brings the complex issue of globalization down to its human level where workers on both sides of the border, men and women, struggle to survive.  Workers speak from the heart, whether in Spanish or English.” Howard Zinn, Author, A People’s History of the United States.   Screened at the 2008 National Jobs with Justice Conference; 2007 U.S. Social Forum; 2007 Library of Congress Laborlore; 2007 Austin Film Festival; 2008 AMBULANTE Festival (16 cites in Mexico); Best Foreign Feature Documentary, 2008 International Film Festival of the Border. https://www.appalshop.org/store/appalshop-films/morristown-in-the-air-and-sun/
https://vimeo.com/226763842

TEXAS MAJORITY MINORITY 10:30, 2004, part of the “Voting in America” project.  One of 9 projects selected nationally in collaboration with Heather Courtney and Laura Varela. Screenings at the Pioneer Theater, N.Y.C.; Echo Theater, Dallas; before the Hispanic caucus at the Texas Democratic Convention; and universities including U.C. Berkeley, Southern Oregon University, and St. Mary’s.  Distributed to grassroots organizations and labor unions including CWA-TSEU, South West Voter Registration and Education Project, and Buena Vista.  Offered to PBS stations through NETA and PBS Plus. https://vimeo.com/226773399

ROUGH SIDE OF THE MOUNTAIN, 56:40, 1997 -“dramatically different economic renewal strategies in an increasingly global economy,” Steve Fisher, Emory and Henry College.  “a fine evocative film.  Its lessons are universal and should be seen by everyone concerned with community renewal and social justice.” Director’s Citation, 1998 Black Maria Film and Video Festival; Screening, National Council on Foundations; Screening, Louisville Film and Video Festival 1998. https://www.appalshop.org/store/appalshop-films/rough-side-of-the-mountain/

ON OUR OWN LAND 28:30, 1989 “Scrupulously balanced... it illustrates a conflict that won’t go away, in which the texture of community is pitted against the drive towards profit.” Pat Aufderheide, In These Times. Alfred I. duPont/Columbia University Award for Independent Broadcast Journalism, 1990; finalist, American Film and Video Festival, 1989; cash award, Athens International Film and Video Festival; screening, Robert Flaherty Seminar, 1996; PBS broadcast as part of the “Headwaters” series. https://www.appalshop.org/store/appalshop-films/on-our-own-land/