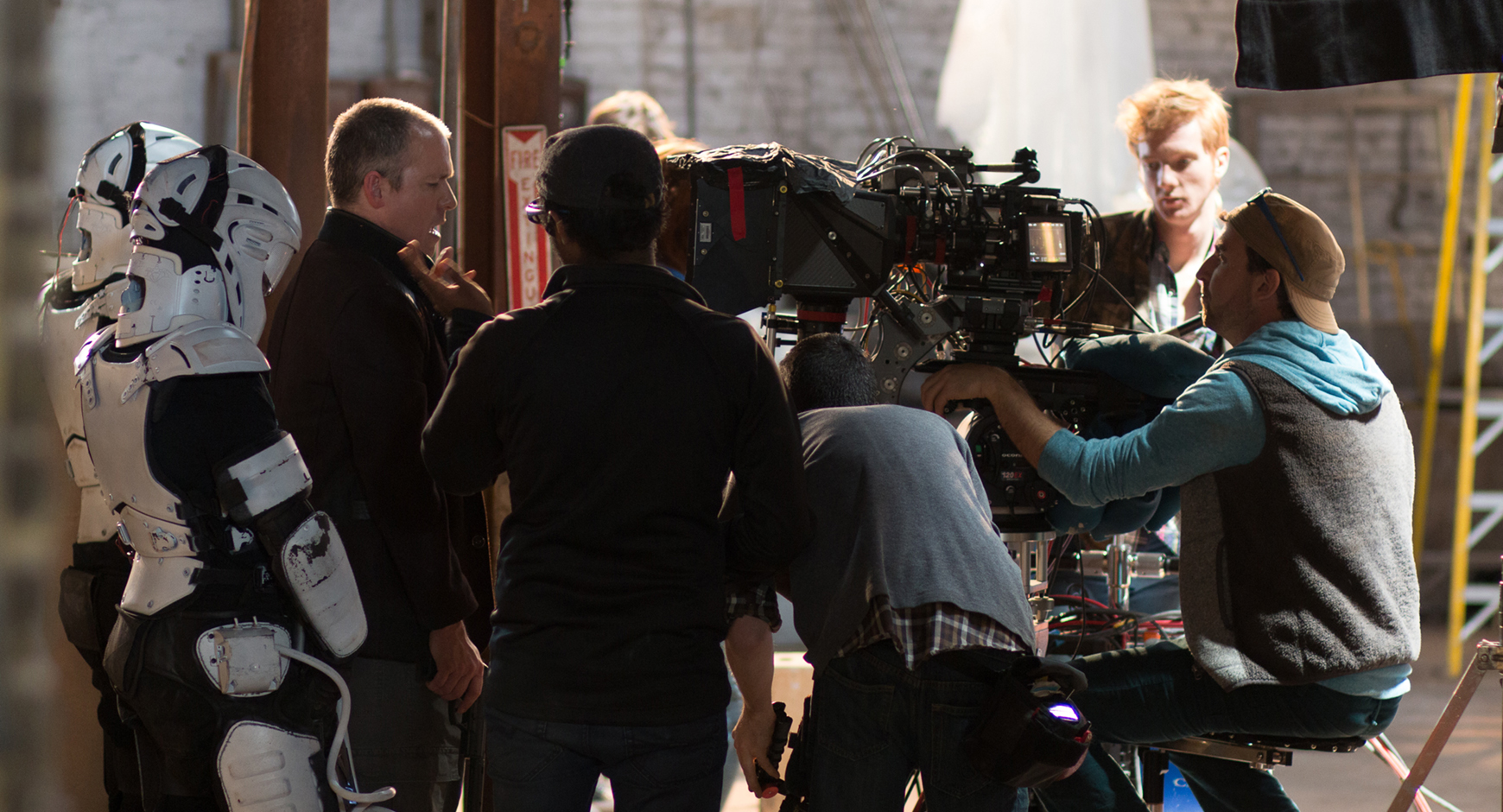 The MFA program in Film and Media Production at UT embodies the fiercely independent spirit for which Austin’s filmmaking community is renowned.

The select group of students from all over the world who join our program share a passion for great stories, a willingness to work hard, and a commitment to taking creative risks. At UT Austin, we mentor these talented artists, spurring them to strengthen their craft, develop their unique voices, and master the art of cinematic storytelling.

Austin. According to MovieMaker Magazine (January, 2015), Austin is the Best U.S. City in which to live and make films. It’s home to fantastic film festivals, some of today’s hottest feature filmmakers, and many of today’s top TV show runners. It’s a collaborative hub, a rock ’n roll arts scene, a wellspring of creative talent. It’s where you can write the next Hollywood blockbuster, shoot an edgy television pilot, craft a small indie gem, and literally bump into directors like Richard Linklater, Andrew Bujalski, and Jeff Nichols at screenings and even in class.

Great storytellers. Rigorously committed to the craft of storytelling, the MFA curriculum places equal emphasis on fiction and nonfiction, and encourages students to explore diverse cinematic forms. This intersection of narrative and documentary education gives our filmmakers an adaptive advantage and the skills to approach their subjects from unique perspectives and to tell new kinds of stories.

Highly selective. We only accept twelve students each year. This small number guarantees close guidance from our faculty of working professionals, as well as extensive production opportunities.

A director’s program. While the MFA program addresses all production craft specialties, ours is a director’s program, and every student is guaranteed the opportunity to direct at least two portfolio-quality films during their time here. Additionally, unlike at some other institutions, our students own the rights to all of their work. Period.

Highly ranked, yet affordable. UT Austin is consistently ranked in the top ten U.S. film programs and is the most affordable top-ranked film program in the country, with a tuition that is a fraction of that of our peer institutions.

Top-notch faculty. Great instructors, who are working filmmakers, screenwriters, and scholars, move here to both teach at UT and to become part of the vibrant Austin filmmaking and intellectual community. Their films have screened and won awards at festivals all over the world—including Sundance, Cannes, IDFA, SXSW, Berlinale, and Silver Docs—and have played in theaters across the country and on major television networks. Their internationally recognized contributions to film scholarship are part of what makes our media studies program one of most highly ranked in the country. And the quality of their teaching earns continuous recognition, both within the University system and externally, including Variety’srecent naming of Department Chair Paul Stekler as the 2014 “Mentor of the Year.”

Internationally recognized. In the past five years alone, our students have taken the top awards at the Cannes Film Festival, the Academy of Motion Picture Arts and Sciences (Student Academy Awards), BAFTA-LA, SXSW, Slamdance, and the International Documentary Association.

In broad terms, the curriculum is structured as follows:

Apply to the MFA in Film & Media Production program