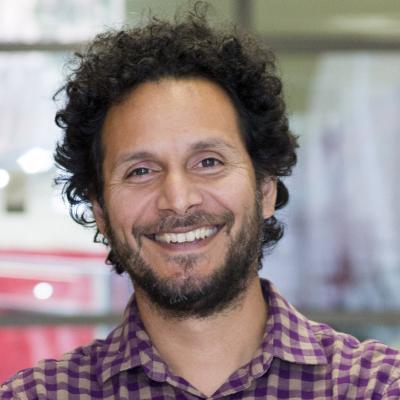 His films have screened around the world and have garnered awards from the Directors’ Guild of America, Panavision’s Emerging Filmmaker program, the National Hispanic Foundation for the Arts, the National Association of Latino Arts and Culture, and the Austin Film Society.

His most recent film, Atlantic City, a tale of two drifters in San Antonio, Texas, was an inaugural participant in the Kodak + Kickstarter Initiative and is currently screening in festivals both in the States and abroad. He is also a Screenwriting Fellow of the Latino Screenwriting Project sponsored by Cinefestival and Sundance for his sci-fi feature screenplay, La Perdida.

His “haunting” film Mnemosyne Rising, about a sole transmitter pilot in space plagued by memories of home was described by the Austin Chronicle as “a mini feature… its look is ambitious, its truth sublime.” The film was recently picked up by Gunpowder and Sky’s DUST sci-fi platform for distribution. KID, a film about a thirteen-year old boy and his estranged father, was described by the late Bill Paxton as “a simple, yet beautiful film.” Tadpoles, a non-dialogue, purely visual, narrative film on the terrible realities of war, is a staple in several university film classes across the country.

Miguel’s documentary short on Latino voting obstacles, The Giant Still Sleeps, was commissioned by Emmy Award-winning producer and fellow University of Texas faculty member Paul Stekler for the Washington Post and PBS. His other short documentary, Veterans, was an exploration of his father and grandfather’s relationship through their wartime experiences and was called “poignant, somber” and “a must-see” by Slackerwood.

Miguel also serves as Executive Producer for Austin Film Festival's award-winning television show, On Story. He holds both a BS in Mechanical Engineering and MFA in Film Production from the University of Texas at Austin where he continues to lecture today.