In August, 2021, the Department of Radio-Television-Film’s beloved professor Tom Schatz retired after forty-five years of highly distinguished and tireless service to the University of Texas at Austin. During his career here, Professor Schatz has taught over 12,000 undergraduate and graduate students. He's authored five major books with two more forthcoming. He has served as dissertation advisor for 59 Ph.D. students,  thesis advisor for 80 M.A. students, and Department Chair many times over. He has been the series editor on 30 books in the Texas Film and Media series for the University of Texas Press and has been one of only 39 select awardees of the prestigious Academy of Motion Picture Arts and Sciences Film Scholars Grant.

Perhaps even more significant than these noteworthy accomplishments, the department, his students, and his colleagues are indebted to him for his scholarly contributions to the field of cinema and media studies, his fierce mentorship, and his steady leadership.

Throughout his career, Tom Schatz has been a passionate advocate for his graduate students in film and media studies. To celebrate and honor his legacy, we invite donations to the Tom Schatz Endowed Excellence Fund. Gifts will support Tom’s overwhelming desire to improve the lives of graduate students by subsidizing recipients throughout the dissertation writing process.

For more details about Tom’s career, Jennifer Holt from the Center for Information Technology & Society at UCSB held a great interview with Tom from SCMS that you can watch, and Schatz's colleague and fellow former Department Chair, Paul Stekler, published this tribute to Tom Schatz in the Austin Chronicle, reprinted below. 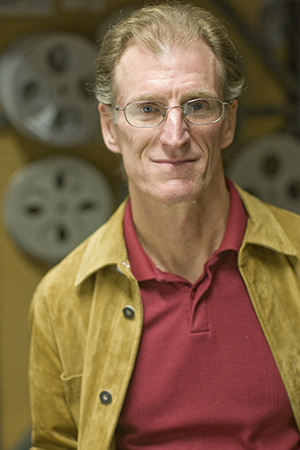 Thousands of students are arriving for the new semester at the University of Texas, changing the campus back from the ghost town it's been for over a year. Austin will soon be buzzing like normal again. But for the first time in 45 years, one person will be missing. Tom Schatz, a fixture in the Austin film community, whose name is synonymous with the study of the American film industry, will no longer be teaching at UT's Department of Radio-Television-Film.

New to Austin in 1976, Schatz joined an RTF program that soon boosted a roster of media studies luminaries including Janet Staiger, Horace Newcomb, and Charles Ramírez Berg. He made his mark in the academic film world documenting and analyzing the industry of Hollywood, work that shaped the study of media and filmmaking from the business point of view in classics like Genius of the System; Boom and Bust: American Cinema in the 1940s; Hollywood Genres; and his landmark essay, "The New Hollywood."

Here at RTF, Schatz was department chair five different times, at other periods running both the media studies and production areas. He oversaw major curriculum overhauls in every area of RTF and was the go-to person for every subsequent chair and frankly everyone in the department who needed help with a problem. He taught Hitchcock, Scorsese, Eastwood, independent film and the Hollywood studio system, and most importantly, a class he invented at UT – Narrative Strategies. It became a requirement for majors and a key to the program's commitment in integrating theory and practice for its students. Jordan Levin, the former WB network head and now general manager at Rooster Teeth, took the class "as a conditional requirement to get my hands on a camera," but it proved to be a life-altering diversion, changing his goals from filmmaking to the business of making media.

Ramírez Berg, himself a longtime legendary teacher, has known Schatz for 40 years. He'd gotten an M.A. as a student in the early Seventies, with no plans to pursue a university teaching career. Then he met with Schatz, who encouraged him to come back for a Ph.D., giving him a well-worn copy of his Hollywood Genres book as a model. "There was no jargon, abstract theory with dropped French names. My mom and dad could understand it, clear and beautifully written. It's what I wanted to do." Schatz directed Ramírez Berg's dissertation and has edited his books on Mexican cinema and Latino images since. In fact, Schatz has edited all 29 books in the University of Texas Press' Film and Media Series. That's in addition to his own books, over 60 published articles, reviews, and book chapters, and over a hundred keynotes and major invited presentations.

Producer Elizabeth Avellán remembers meeting Schatz in 1989, before her film career began. She asked him to meet with a talented sophomore who was hoping to get into the RTF major. Schatz was chair back then, but he took the time to talk to that young student, Robert Rodriguez. Impressed with his work, he accepted him into RTF. And as Avellán puts it, "The rest is the stuff of legends that are all true.

Back in the Seventies, Schatz worked with the group of young UT cinephiles who wrote for CinemaTexas, the core that founded The Austin Chronicle and later South by Southwest. Louis Black, then an RTF grad student, remembers him taking "a wild group of organic enthusiasts and teaching us how to be skilled academics and professionals, realizing that rules, skill, care, knowledge, and structured writing were as crucial if not more so than just loving film."

Three decades later, Schatz founded the UT Film Institute, which created classes where RTF students worked directly with film professionals while producing five feature-length films with actors like Edie Falco, Mary Steenburgen, and Gabriel Luna, and where students worked side by side with the pros from their classes.

Then there are the multitude of graduate students besides Black and Ramírez Berg whose dissertations on various aspects of film and industry history Schatz chaired, part of the 130-plus graduate committees he was part of. These students now teach literally around the world. Just five years ago, many of them came back to Austin to surprise Schatz at RTF's biannual Flow Conference focusing on television and media issues. They filled his front lawn in an outpouring of love and affection for a former teacher and mentor. And part of his ongoing legacy is the cadre of his former students teaching in RTF today, people like Alisa Perren, who founded UT's Center for Entertainment and Media Industries, and Caroline Frick, founder of the Texas Archive of the Moving Image.

Twenty-five years ago, I moved to Austin with the charge of rethinking and reorganizing the RTF production program. No RTF filmmaker had been tenured in years, and much of the production equipment was outdated and falling apart. Not long after I arrived, Tom walked into my office and offered to help write a five-year plan to remake the program. Hiring filmmakers still in their productive primes. Curriculum reform moving away from limited access to upper-level classes, including an expansion of courses in editing, directing, and writing. And the beginning of a route to get new equipment year after year. He understood the politics of the university and had the clout to back proposed changes. And today, RTF is by far the most affordable top 10 production program in the country. RTF also still produces Ph.D. media scholars who find teaching positions at top universities, making it one of the few programs that can do both production and scholarly work at that level. All of that can be traced back to Tom Schatz in one way or another. As his longtime friend and colleague Horace Newcomb, the former head of the Peabody Awards, notes, Schatz stayed at one school, UT, never aiming to climb the academic administration ladder, but focusing all of his energies on his students, his department, and his work. As to his legacy, Black cites not only the extraordinary number of academics Schatz's worked with, but also all the filmmakers, writers, and film festival directors who are his alumni.

Universities, like most institutions, are funny places when it comes to remembering folks who retire. UT has buildings named after people that are long forgotten. There are rooms with rows of photos or paintings of past deans on the walls. That said, it is rare to have such a distinguished teacher and scholar spend their entire career at one school. Schatz did just that. And for the many students he mentored and the colleagues he worked with for decades, he will be remembered and missed. In many ways, RTF is his department, and the vacuum he leaves will be impossible to fill.

I miss him already.

Disciplined on design
RTF at AFF 2021