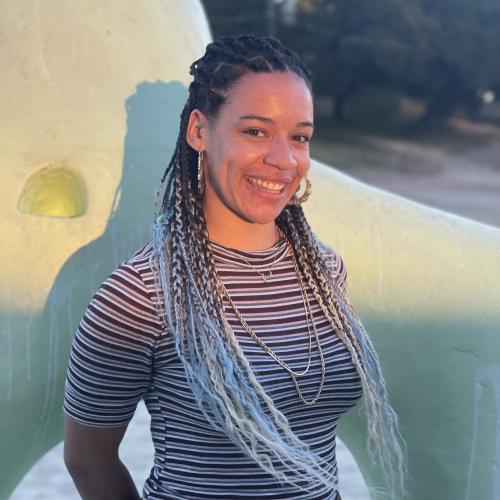 ailish elzy is a Ph.D. Student in Media Studies at UT Austin. She completed her MFA in Writing and Producing for Television at Loyola Marymount University and her MA in Cinema Studies at San Francisco State University. Her script “Hyphenated” won best graduate pilot or teleplay at Loyola Marymount’s Film Outside the Frame Festival. Her master’s thesis titled "Who Will Survive in America," explored the intersection between the gothic melodrama genre and the survival of Black folks in America through the lens of the 2017 film Get Out. In her doctoral work, she plans to explore the progression and focus of the biracial identity in American cinema. Her research interests include Black American cinema, Black feminism, queer theory, genre theory, and production design.