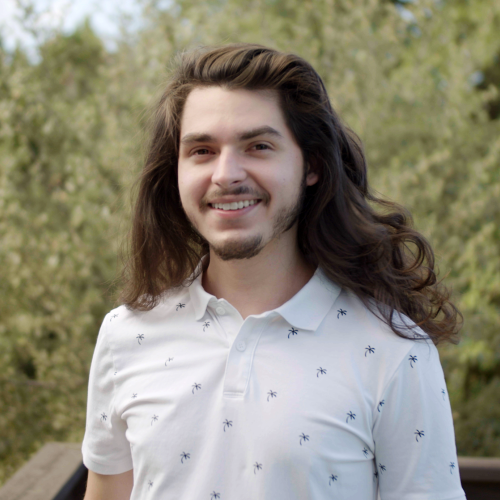 Matthew DeLeon is a Cinematographer and Editor from New Braunfels, Texas. He started making video skits when he was 10 years old, and has been uniquely committed to the creation of fantastic media ever since. He acquired two bachelor’s degrees from Texas Lutheran University: one in Dramatic Media with an emphasis in Film Studies, and the other in Communications. Since then, Matthew has led many student productions and has worked on commercial projects in and around San Antonio and Austin. He has achieved great success in the 48 Hour Film Project in Austin, as a part of the team Dos Pollos Productions which has taken home many awards including Best Cinematography, Best editing, and Best Film.

Now pursuing an MFA in Film & Media Production at the University of Texas, Matthew hopes to further his education and technical skills in creating documentary and fictional projects. Matthew enjoys telling authentic stories that reflect the true lived experiences of his documentary subjects, and in his fictional work he loves to experiment with cool new techniques to visually convey deeper emotional truths about his fictional characters. Technique is nothing if it can’t help achieve a great story.