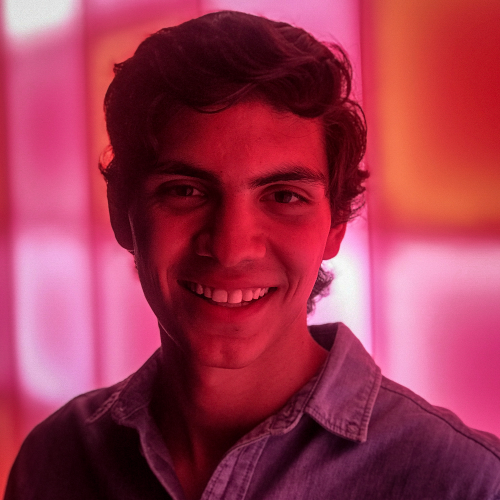 Sergio is a Mexican filmmaker with a B.A. in Digital Media Production from the University of Texas at El Paso. He has written, produced, and directed a variety of short films selected and awarded at various film festivals worldwide. Sergio has worked for different companies such as DoubleScope Films and PBS El Paso, serving as a production assistant and editor. Additionally, Sergio worked with The Walt Disney Company in New York City, where he collaborated with pre-production teams for documentaries and docu-series for ABC Network, National Geographic, Hulu, and Disney+. Sergio has also gained experience in graphic design, journalism, political science, communications, and film theory research. Sergio has two podcasts in Spanish, "El Club de Los Amargados" and "Está Okey," which have listeners across many Latin American, U.S, and European regions. His love, commitment, and appreciation for cinema continue to fuel Sergio's desire not only to produce but to preserve films; their stories, the cultural and historical context that is interwoven in their creation, and to acknowledge those who stand behind the lens. Moreover, Sergio aims to foster filmmaking to new generations of filmmakers worldwide who can tell their stories - This is a perspective he has acquired from his role model Martin Scorsese.