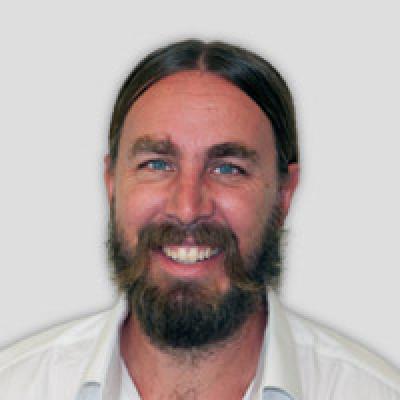 Ben Bays is an Austin, Texas, native and UT graduate who has produced a broad range of animation, motion graphics, concept art, CG models for a variety of media including television, feature films and video games. Since 1998, he has been producing interactive content for a various platforms including Gamecube, PS2, XBOX, GBA, GameboyDS, SO, IOS, and PC.   His game art includes isometric pre-painted backgrounds, full 3D environments, 2.5D platformers, tile based destructible environments.  His specialty in interactive media has always been virtual worlds; concept to modeling, surfacing, lighting, simulations and animation.  Over more than a decade in the video game industry, he worked his way from level 1 artist to environment lead to art lead on a variety of projects.  In 2008, he joined the facuty of the RTF department in The Moody College of Communications.  He has created and taught a variety of classes around storytelling in "new media", a fluid term.  In addition to classes in traditional animation, visual effects, CG modeling and animation, he has been involved in the Immersive Media production classes, including several initiatives involving VR and AR.  In short, Ben is a New and Digital Media production specialist.