Lalitha Gopalan is an associate professor in the Department of Radio-Television-Film and affiliate faculty in the Department of Asian Studies and South Asia Institute. Her research and teaching interests are in the areas of Film Theory, Feminist Film Theory, Contemporary World Cinemas, Indian Cinema, Genre Films, and Experimental Film and Video.  Her current book project explores various experimental film and video practices in India. She is the author of Cinema of Interruptions: Action Genres in Contemporary Indian Cinema (London: BFI Publishing, 2002) and Bombay (London: BFI Modern Classics, 2005), and editor of Cinema of India (London: Wallflower Press, 2010).

She received a B.A. (Economics) from Madras Christian College, M.A. (Sociology) from Delhi School of Economics, and M.A. (Anthropology) and Ph.D. (Comparative Literature) from University of Rochester. Prior to her arrival at UT Austin in Fall 2007, she taught at Georgetown University for fourteen years.

Lalitha currently serves on the editorial boards of Camera Obscura: Feminism, Culture, and Media Studies and Film Quarterly.  She has served on several film festival juries and is currently on the advisory board of 3rd I Film Festival, San Francisco. 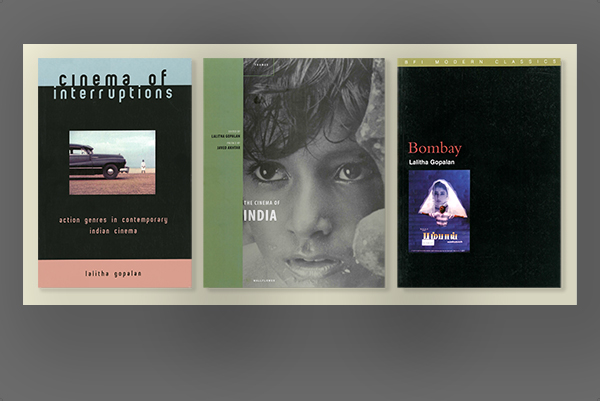 Her curatorial projects include: