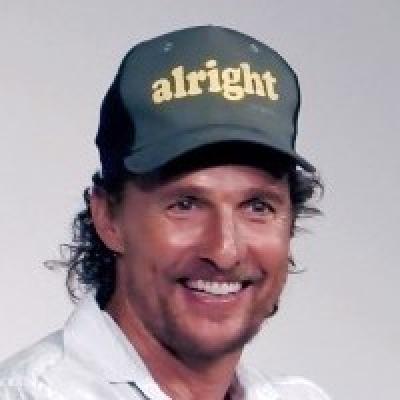 Matthew McConaughey is a professor of practice at the Moody College of Communication.

McConaughey joined the faculty in the Department of Radio-Television-Film in fall 2019 after serving as a visiting instructor since 2015, when he began co-teaching the “Script to Screen” film production class with lecturer and director Scott Rice. McConaughey developed the course’s curriculum, which provides a unique, behind-the-scenes view of each stage of a film’s production.

McConaughey earned his film degree from UT Austin in 1993. He is an Academy Award-winning actor with experience in more than 50 films, including “Dazed and Confused,” “A Time to Kill,” “The Wolf of Wall Street” and “Dallas Buyers Club,” for which he won an Oscar and Golden Globe for his lead acting role.

Please note that the script-to-screen advanced producing course is only available to RTF upper-division students who have completed specific prerequisites; non-majors will not be admitted to this course.