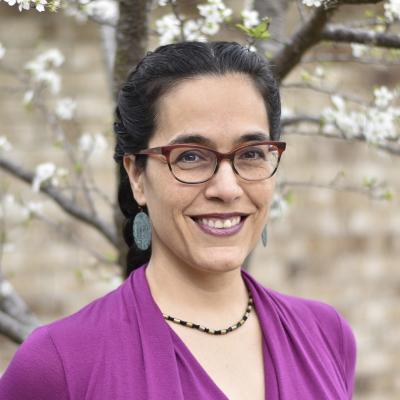 Mirasol Enríquez is the Director of the Moody College's Latino Media Arts & Studies program, and an Assistant Professor in the Department of Radio-Television-Film. As a film and media scholar and an arts administrator, she has devoted her career to community building through film and the arts. Her scholarship focuses on U.S.-based Latina producers of narrative feature films, media production culture, Chicana/o film, and representations of race and gender in media. Her work has appeared in Journal of Cinema and Media Studies, and her essay, "Trying to Sell Ketchup in a Salsa Bottle: Chasing Papi (2003) and the Hispanic Audience" will appear in the special issue of Feminist Media Histories that she and Dr. Mary Beltrán are co-editing on the topic of Latina Media Histories (forthcoming, Fall 2021).

Dr. Enriquez, a sixth-generation Tejana, has been a community leader in Austin since she and her family moved here in 2015. She has been a guest curator for the Cine Las Americas International Film Festival, a board member at Forklift Danceworks, and the Director of Community Media for the Austin Film Society (AFS), where she oversaw their education programs and spearheaded the community media program at Austin Public, the community media center AFS manages for the city of Austin.