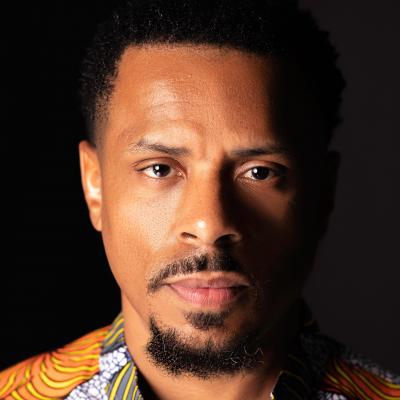 Ya’Ke Smith, known for his unflinching and veracious style of storytelling, is a rising voice in independent cinema.

His films have received worldwide acclaim, screened, and won awards at over 100 film festivals. The Director’s Guild of America, the Student Academy Awards, HBO, Showtime, the City of Buffalo, NY—which proclaimed February 23, 2013, as Ya’Ke Smith Day—and the city of Cincinnati, OH—which proclaimed October 6, 2019, as Ya'Ke Smith Day—have honored him. His short, KATRINA'S SON, screened at over 40 film festivals and won 14 awards. The film was also eligible for the 2012 Academy Award in short filmmaking. His debut feature, WOLF, which NPR called “an impressive piece by a young director,” premiered at the SXSW Film Festival and has gone on to screen and win awards at festivals across North America. The film is now available for download via several VOD outlets. Ya'Ke's film, DAWN, made its television premiere on HBO in February of 2015 and screened on the network for two years. The film was also streamed as part of Issa Rae's "Short Film Sunday" series on her YouTube channel. His web series, THE BEGINNING AND ENDING OF EVERYTHING, is currently streaming on the iONE digital platform, "A Space for Creators." Ya'Ke has three projects on the film festival circuit, BROTHER, EDWIN, and THE PANDEMIC CHRONICLES, all of which have won top honors at film festivals across the U.S. THE PANDEMIC CHRONICLES is currently being distributed by Full Spectrum Features. He has directed episodes of the hit BET series’ TALES and SACRIFICE.

Ya’Ke graduated with his B.A. from the Communication Arts Department at the University of The Incarnate Word, where he later became the youngest recipient of the Alumni of Distinction for Professional Achievement award. He received his M.F.A. in film production from The University of Texas at Austin, where he is currently an Associate Professor in the Department of Radio-Television-Film, and also where he served as the Associate Dean of Diversity, Equity, and Inclusion for the Moody College of Communication. He was previously the Morgan Woodward Distinguished Professor of Film at the University of Texas at Arlington. Variety magazine named him one of the best film educators in the world.

All art is a kind of confession, more or less oblique. All artists, if they are to survive, are forced, at last, to tell the whole story; to vomit the anguish up.