Thirty-two million Latinx people will be eligible to vote in the U.S. election in November 2020, accounting for 13.3% of all eligible voters. 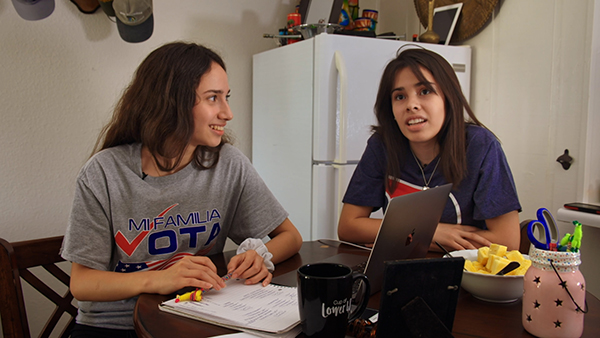 Inspired by “the waves of protests that spread through the country in the Spring,” independent filmmaker and Department of Radio-Television-Film professor Miguel Alvarez was deeply affected that “so many people wanted to have their voice heard.”

To empower such voices, Alvarez created Voto 2020, a documentary project designed to educate potential Latinx constituents about what people are doing in their community, and ultimately to increase voter turnout.

The series of short profile pieces spans across three states which rank among the highest in eligible Latino voters—Texas, Arizona, and Florida. Leading up to the November 3rd election, Alvarez is releasing one video per week on social media. The first two pieces (Texas and Arizona), which were directed by Alvarez, follow the stories of Texas Latinas Stephanie and Miriam and Phoenix siblings Yara and David, who,  despite their different backgrounds, are campaigning to be heard and to get the vote out in their communities. The third piece, directed by MFA alum Arturo Jiménez, focuses on the story of Ivan, who, after Hurricane Maria destroyed his restaurant in Puerto Rico, has opened a new restaurant in Miami that has become a hub for the local Latino community.

Specifically spotlighting the stories of young people, Alvarez is working from the theory that “the key to engagement rests on the younger generation." He goes on to point out that "sixty percent of the Latinx population in the U.S. is under 33 years old, and so it’s those young voices that are going to be carrying us into the future.” 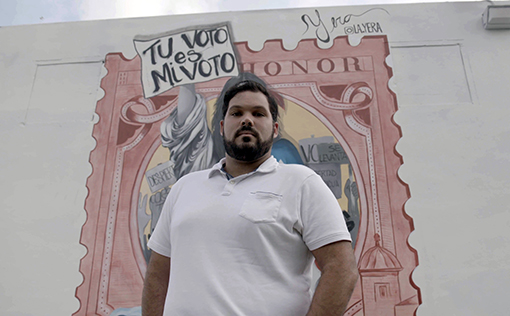 “I think the biggest thing to understand with Latinx communities is we have something to say and want to be heard,” declares Alvarez.