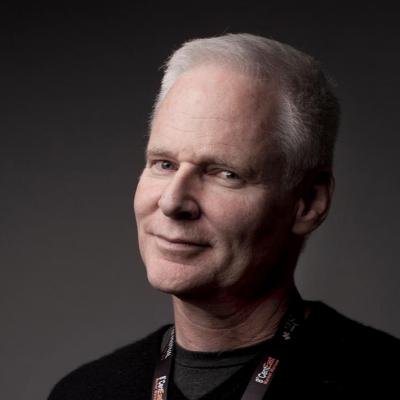 Andrew Garrison is an independent filmmaker based in Austin, Texas, who works in both documentary and fiction. His current project is BECAUSE I’M HERE. His most recent film is the documentary feature, TRASH DANCE , the unprecedented double-winner of the Audience Award for Best Feature Documentary at AFI DOCS (Silverdocs) and the Full Frame Film Festival and of SXSW’s Special Jury Recognition at its premiere. “The Washington Post” called it, “sublime,” and said, “… a vibrant, moving document of such an evanescent state of grace is a small miracle in itself.”

Garrison grew up in South Florida. After graduating from Antioch College, he and five friends, including Academy Award-nominated filmmakers, Julia Reichert and Jim Klein, co-founded a social change media collective, the Dayton Community Media Workshop. The group made documentaries together for local and national audiences. He was invited to work at Appalshop, the acclaimed documentary collective in the Appalachian mountains of Eastern Kentucky where he spent more than a dozen years as a cinematographer for other filmmakers, as well as producing and directing his own work, and becoming a member of IATSE as a production sound mixer.

He continues to freelance as production mixer and to shoot his own work. He is the Audio Area Head for the RTF Department and a member of the Cinema Audio Society. As a freelancer he has worked for Alex Gibney, Charles Guggenheim, Barbara Kopple, Kirby Dick, MTV, the BBC, PBS’s Frontline, and numerous other independent filmmakers. He has had the opportunity to record Martin Scorsese, Michael Cain, George W. Bush, Molly Ivins, Pete Seeger, Yao Ming, Karl Rove, Billy Bragg, Eldridge Cleaver, Hazel Dickens, Ralph Stanley, Eva Longoria, Bobby “Blue” Bland, and Emmy Lou Harris, among others.

Garrison is the founder of the East Austin Stories documentary project, an on-going documentary collaboration between U.T. student filmmakers and the residents and businesses in communities in East Austin.