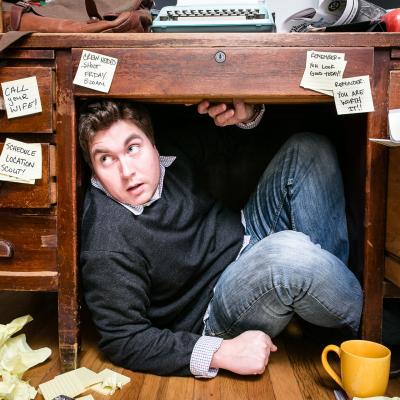 Andrew Logan is a writer and producer based in Austin, TX. As a writer, Andrew was listed on the 2015 Black List for the screenplay he co-wrote called Chappaquiddick, a political thriller that chronicles the true story of what is described as the seven most dramatic days of Senator Ted Kennedy’s life. The film, directed by John Curran, and starring Jason Clarke, Kate Mara, Ed Helms, and Bruce Dern, had its world premiere at the 2017 Toronto International Film Festival and was released in theaters nationwide by Entertainment Studios. In 2017, Andrew was listed on Variety’s 10 Screenwriters to Watch list.

He also produced 6 Years directed by Hannah Fidell and the documentary The Jones Family Will Make a Way. Both premiered at SXSW in 2015. He also is an executive producer on Rick Alverson’s Entertainment, which premiered at the 2015 Sundance Film Festival. He produced his first music video for Orenda Fink’s song “Holy Holy,” which was directed by Michael Tully and premiered on NPR in January 2015.

Andrew also served as a story consultant on the documentary Richard Linklater—dream is destiny, which premiered at the 2016 Sundance Film Festival.