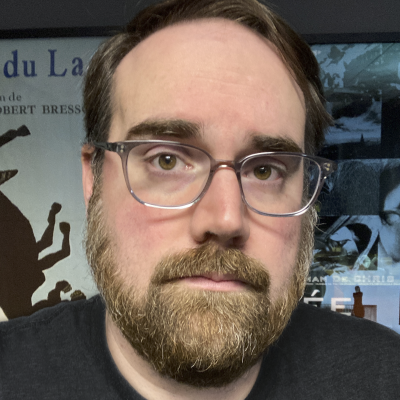 Daniel Stuyck is a colorist based in Austin, TX. His feature credits have premiered at Cannes, Berlin, Sundance, SXSW and Tribeca and were distributed by A24, HBO, Netflix, Showtime and Sony Classics. His television work has aired on Hulu, Discovery and PBS, among others. Films that Dan colored have won the Grand Jury Prize at SXSW (Peace Officer, Krisha), the Audience Award at SXSW (Running with Beto, Yakona) and were nominated for the Independent Spirit Award (Motherland). Small Business Revolution was nominated for an Emmy in 2021. His title design credits include Richard Linklater's Before Midnight and David Gordon Green's Joe. Additionally, he has written long-form criticism for Film Comment, Cinema Scope and Vertigo. His portfolio is online at www.danielstuyck.com.