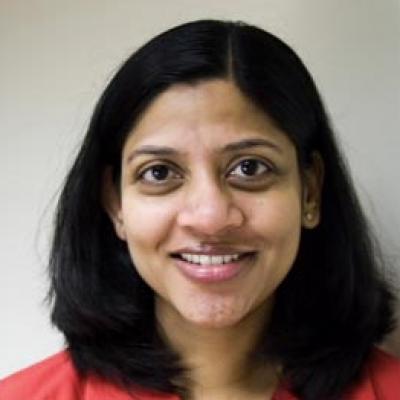 Madhavi Mallapragada is associate professor in the Department of Radio-Television-Film, the College of Communication, at the University of Texas at Austin. She is also a faculty affiliate of UT's Center for Asian American Studies (CAAS), South Asia Institute (SAI) and the Department of Asian Studies.

Dr. Mallapragada's research and teaching interests lie at the intersections of cultural studies of race and ethnicity in media, Asian Americans in/and media, online cultures, immigration and transnationalism, and media industries. Her first book, Virtual Homelands, Indian Immigrants and Online Cultures in the United States (2014) examined the role and politics of the Web in recasting notions of Indian-American identity and cultural citizenship since the late 1990s. Her current book project titled, Race and Ethnicity in US Media Industries, focuses on the issues of race, diversity, and multiculturalism in the context of US media industries since the 1990s. Her work has been published in journals such as the Journal of Cinema and Media Studies; Communication, Culture and Critique; Television and New Media; New Media and Society; South Asian Popular Culture, and edited anthologies such as Craft of Criticism: Critical Media Studies in Practice, and Global Asian American Popular Cultures, and The Sage Handbook of Web History.