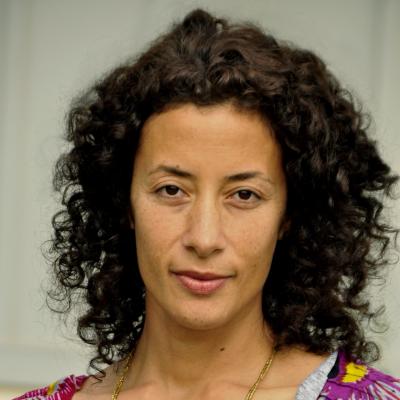 Maya Perez is a writer and producer. Her writing has appeared in Joyland, Electric Literature, The Masters Review, Misadventures Magazine, and she is co-editor of three collections of interviews with screenwriters and filmmakers: On Story – The Golden Ages of Television, On Story - Screenwriters and Filmmakers on Their Iconic Films, and On Story - Screenwriters and Their Craft, all published by the University of Texas Press. She is an executive producer on the television series On Story, now in its ninth season on PBS. On Story won a Lone Star EMMY Award® for Best Interview/Discussion Program Series in 2018 and for Best Arts/Entertainment Program in 2014. It was nominated for a Lone Star EMMY Award® in 2016.

Her honors include fellowships from SFFILM/Westridge, the Sundance Institute, New York Stage & Film, and she was named one of MovieMaker Magazine and Austin Film Festival’s “25 Screenwriters to Watch” for 2016. She received a BA from Vassar College and an MFA as a fellow at the Michener Center for Writers at The University of Texas at Austin.

She teaches at the Michener Center for Writers and The University of Texas at Austin. An active member of the arts and education community, she serves on boards and committees for several organizations, including Austin Film Festival, Fantastic Fest, Texas Book Festival, and Vassar College.

She grew up in Kenya, Zambia, and the United States and now lives in Austin, Texas, with her husband, artist Johnny Walker, and their daughter.