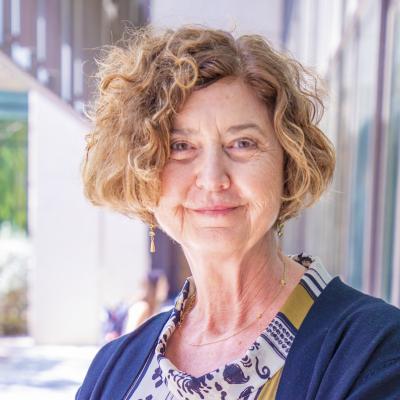 Nancy is an experienced director, producer and cinematographer on both broadcast documentaries and award winning independent films.

Her latest documentary Citizens at Last aired nationally on PBS. The film tells the story of the grit, persistence, and tactical smarts of the Texas women who organized, demonstrated, and won the vote for women. Her documentary, Canine Soldiers, the Militarization of Love, premiered at the Austin Film Festival and aired nationally on PBS over Memorial Day weekend, 2017. She also directed and produced feature-length documentaries, Cactus Jack, Lone Star on Capitol Hill, PBS, Tattooed Under Fire, PBS, Hansel Mieth-Vagabond Photographer (Independent Lens) and History Man, a half hour profile on Martin Scorsese for BBC 4, London.

Nancy comes with thirty years' experience as a Director of Photography on over 50 documentaries and feature films broadcast for England’s Channel 4, BBC, ABC, National Geographic, and PBS.  She has filmed in Europe, the US, Africa, India, Pakistan, Iceland, and Latin America. She was nominated for a Television Emmy for outstanding cinematography on The Human Face (producer John Cleese). Among her work as a cinematographer is Barbara Sonneborn’s Oscar-nominated Regret to Inform, winner best documentary at Sundance, and Pratibha Parmar and Alice Walker’s i, Channel Four, London. Nancy graduated with an MFA from the Royal College of Art, London, and is a professor in production in the Radio-Television-Film Department at the University of Texas at Austin.

In 2010, she founded MO-TI productions, dedicated to making films with diverse talent committed to telling stories from new perspectives. www.motiproductions.com.

RECENT AWARDS
2009     Women Film Critics Circle award for “Courage in Filmmaking” in documentary
2003    Kodak faculty Award, one per year to a professor of cinematography in the US
2002     Emmy nomination, Academy of Television Arts for outstanding cinematography in non -fiction programming, Producer, John Cleese, The Human Face, TLC