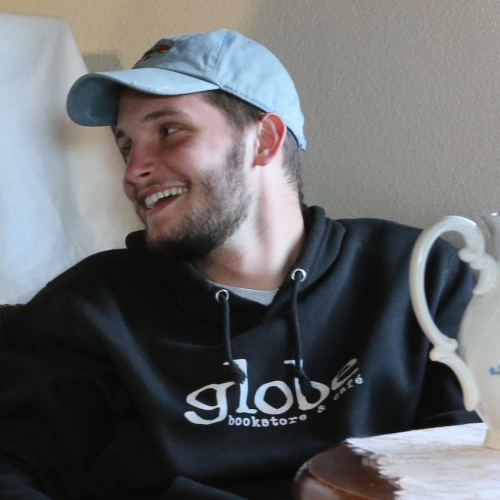 Jacob is an independent writer/director born and raised (mostly) in Norfolk, Virginia. His love for film was cultivated by countless trips to the NARO Expanded Video Store only a few blocks away and spent his summers participating in the local 48 Hour Film Project.

In addition to graduating from Kenyon College with a double major in Film and English, Jacob attended a semester program at the Film and TV Academy of Performing Arts in Prague. From writing and directing short films and studying literature to directing theatre productions like Rocky Horror and American Idiot, Jacob embraced a holistic approach to storytelling. He capped his studies with a thesis film (Her Kind) inspired by and in response to the poetry of Anne Sexton - also the subject of his written thesis in English.

Since graduation, Jacob has spent the last year and a half working on a cattle farm in Illinois and as a video producer for local and federal political campaigns in New Hampshire. Inspired by the work and approach of Wim Wenders, Chantal Akerman, and Terrence Malick, Jacob is interested in building empowered, free, and collaborative creative spaces and making films that feature a variety of stories told in a unique and cohesive visual language. His favorite film of recent is Hu Bo’s An Elephant Sitting Still.