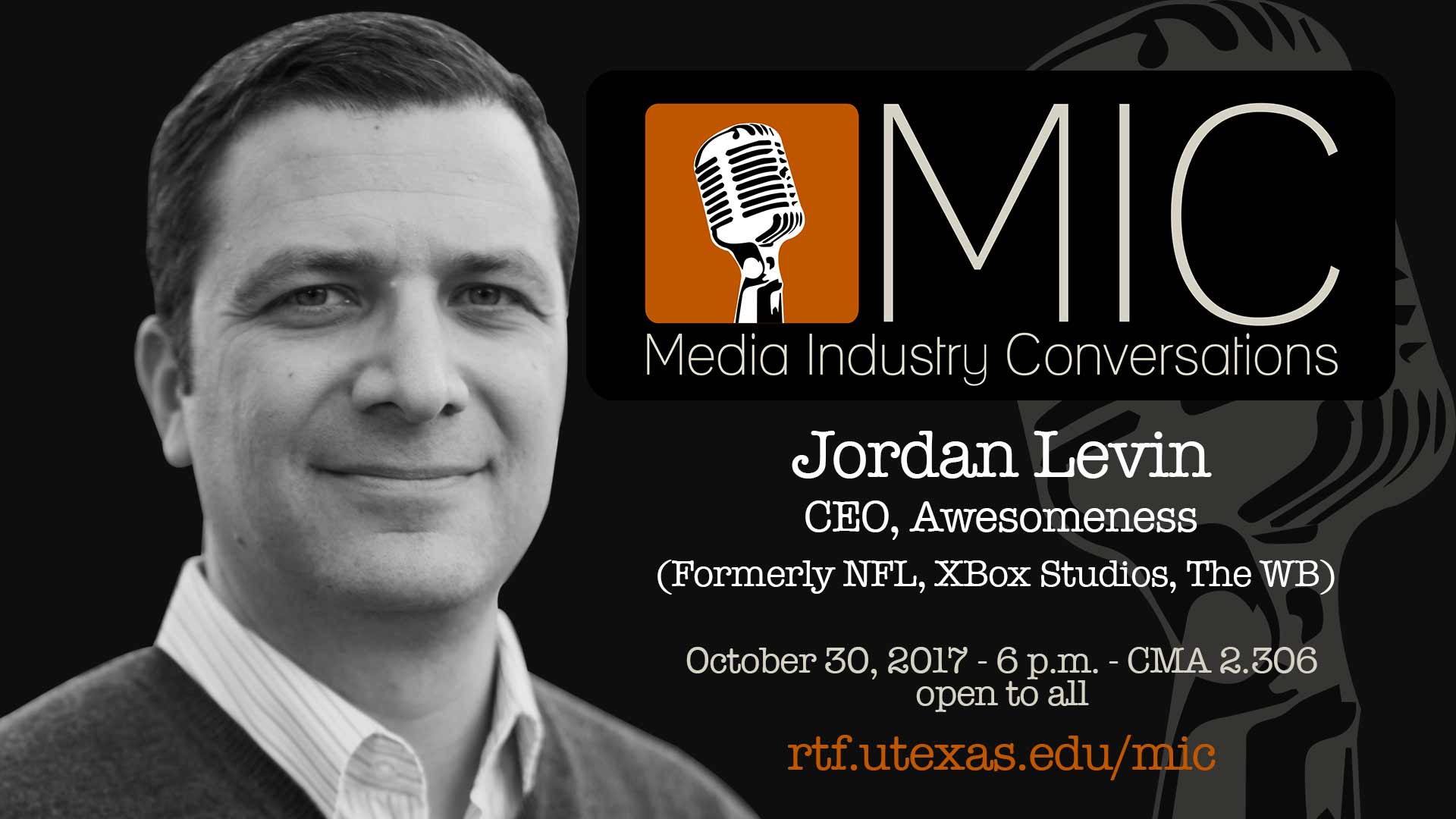 Topics of discussion during this Q&A session include Jordan Levin's career trajectory since his time as an RTF major as well as his current roles and responsibilities in his position as CEO of the multi-platform media company, Awesomeness. The conversation will also address the growing role of new media companies and multichannel networks, the new ways media talent is developed and discovered, and how emerging platforms are impacting the larger media landscape.

Jordan Levin is CEO of Awesomeness, a leading multi-platform media company defining the future of entertainment. In this role, he is responsible for growing Awesomeness and its suite of digital networks, AwesomenessTV, DreamWorksTV, and Awestruck, as well as its film and television studio arms. Along with parent companies Comcast NBCUniversal, Verizon, and the Hearst Corporation, Levin continues to build on Awesomeness’ success establishing an authentic brand to empower the next generation of creators and consumers.

ABOUT MEDIA INDUSTRY CONVERSATIONS (MIC)
MIC offers students from UT Austin's Department of Radio-Television-Film (RTF) and the Moody College of Communication opportunities to engage with a wide range of industry professionals to discuss today's evolving media landscape. MIC guests, many of whom are prominent RTF and Moody College alumni, hail from Texas, Los Angeles, New York and beyond. Keep an eye on the webpage and Twitter feed (@RTFMIC) for updates about upcoming guests. Hosted by media studies professor Alisa Perren and screenwriting professor Cindy McCreery, MIC is generously supported by both RTF and the Moody College of Communication.

RTF at the 2017 Austin Film Festival